The Story Behind Passover

Passover is many things. It’s a freedom from slavery story, a survival story, and a celebration of Spring story. But, as the most celebrated home ceremony of the Jewish year, sitting down at a Seder is ultimately about living and experiencing a family story.

Seder. The word literally means “order” but beyond the 15 rituals of the Passover dinner experience, including the retelling of the exodus from Egypt, there is the story created by every family during the eight day holiday.

As it states in the Old Testament (Exodus 10:2), when God commands Moses to speak to Pharoah, (he) says “And in order that you should tell into the ears of your children and grandchildren…” Explaining the meaning behind this statement, Chabad Rabbi Chaim Meir Bukiet wrote, “By telling the story, it comes to life for both the one who is telling the story and the one who is listening” for all the generations to come.

As I child, I was the one watching and listening and I always wondered why we were being subjected to the Jewish version of a holiday rerun. Every year it was the same TV producer who showed up in the guise of my mother with a “to do” list for preparation and planning for the days before and after the Seder. My step-father stood in for the TV announcer, rehearsing his lines and writing a new script each year.

It started the same way every year in the weeks leading up to Passover. Although the Jews in Egypt left hastily and most likely with little thought to the state of their homes or preparing food for the journey, getting ready for Passover in my home meant my mother would be orchestrating days of cleaning, cooking and carefully re-ordering our home.

This was followed by the spring shopping trip to Saks Fifth Avenue to buy new clothes and my annual “cutting out the label” ceremony as I didn’t want my classmates in our blue-collar school to know where my mother bought them.

Back at home, I watched my mother review her cookbooks, make a shopping list and unpack all the china, glassware and silver. Our house would become swathed in the sweet aroma of her matzah cereal, as she baked the nuts and honey, crumbled matzah and coconut together from a recipe that I thought was hers until a discovery many years later that it was from, The Complete Passover Cookbook by Frances R. AvRutick.

There was always great excitement on the night before Passover when my step-father would guide all of us by the hand in the dark with a candle, spoon and flashlight in the ancient tradition of finding the last Hametz (forbidden during Passover) in the form of breadcrumbs he had hidden around the house. Once found he would burn all of it inside a bag and we would mourn the loss of all bread until Passover ended.

Finally, we would sit down to a dinner which was different each year as my family personalized the ceremony sometimes with plays or magic tricks, poems or modern stories based on the holiday. I often complained that our Seder was so much longer than those at my friend’s homes, many of whom were using the Maxwell House Haggadah, one of the best marketing strategies ever created to encourage Jewish families to speed through the story and get to the “good to the last drop” coffee.

The morning after Seder, we eagerly awaited the first matzah brei breakfast — a sweet or savory treat — and the many leftover charoses and matzah sandwiches we’d enjoy. However, there was also the absolute embarrassment of packed matzoh sandwiches at school and the insistence of my parents to bring it into restaurants, thus assuring everyone in our small Texas town knew we were Jewish.

Looking back at these rituals of Passover, I realize they were as much a part of the story as the actual exodus tale. When I became a parent it was no surprise that I continued many of these same traditions and added my own twist on others.

We do clean our house for Passover but don’t often use china or silver as we prefer to be more casual or have dinner at our friend’s home. We do shop for new clothes (but not at SFA) and I have become known for making my mother’s Passover cereal as a gift. I have also, over the years, developed a tradition of making many different types of charoses from around the world including Sephardic, Egyptian, Israeli, and even a California charoses made with avocado.

We’ve done hunts in the dark for Hametz over the years but often turned it into a bread and candy discovery tour (a Jewish version of an Easter Egg hunt). Many times I have written my own Passover ceremony with poetry from Rabbi Sheryl Lewart’s book Blessings for the Journey or Celebrating the Jewish Holidays edited by Steven J. Rubin. And, I’ve collected props and songs for storytelling and scour the internet each year for alternative Haggadahs.

Our family rituals and traditions, along with travel and Study Abroad in Israel with Alexander Muss High School, have become part of the thread I’ve now woven into the Passover story for my children. Once we were slaves — once we dreamed about freedom and a nation in Israel. Now we are free, now we have a country and now we have the power to pass these stories and traditions (both religious and personal) onto our children and our grandchildren.

No matter what your tradition for Passover, when we say “Next Year in Jerusalem,” we’re saying it because our ancestors made it possible.

Karen Rappaport is the Director of Admissions for the Alexander Muss High School in Israel (www.amhsi.org), a Study Abroad program with more than 43,000 Alumni including her children. A member of Kehillat Israel in Pacific Palisades, CA, she has been an active congregant and participant in its popular Women’s Seder for many years. She prides herself on being the best haametz hunter and afikomen hider in the family and welcomes both Elijah and Miriam to her table. Her Passover claim to fame is the seven different types of charoses she makes for seder. 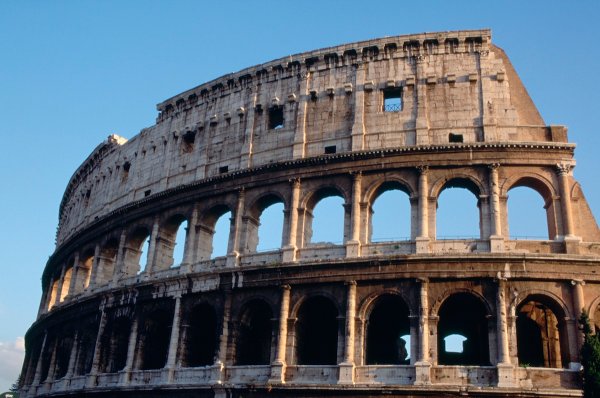 The Fall of Rome and All That
Next Up: Editor's Pick