A long-awaited government report on the 2013 Boston Marathon bombings praised law enforcement for their quick and effective response to the fatal attack, but noted that officers who cornered alleged bomber Dzhokhar Tsarnaev in a boat several days later may have fired on him too soon.

The report is mostly a play-by-play of the bombing and subsequent manhunt from April 15 to 19, 2013. Much of the report details the effective coordination of law enforcement, medical personnel, marathon officials and hospital staff. For example, all the patients who went to the hospital survived their injuries, and medical tents at the finish line of the marathon were instrumental in providing on-site medical care.

But the report also details some areas for improvement, including in how careful police are when firing their guns. The report noted that “weapons discipline was lacking,” both during the firefight with the Tsarnaev brothers and during the standoff with Dzhokhar Tsarnaev in the boat on April 19. In that standoff, police opened fire on the boat after hearing a gunshot that they believed came from Tsarnaev, but actually came from a fellow police officer, who had fired inappropriately, the report found.

There was also an incident when officers fired on a suspicious-looking unmarked black truck that was actually driven by plainclothes officers, who were both unhurt. The report warned that “each of these incidents created a dangerous crossfire situation.”

While many different teams worked quickly and efficiently to keep Boston safe, the report also noted that there was room for improvement in coordination between city agencies, which “created confusion at times.” The report recommended that each city agency have a designated emergency representative to coordinate with other agencies, and that the city develop a more unified emergency response policy for the future.

Another area for improvement was in hospital evidence collection. The report said that hospital personnel were “intimidated” by the heavily armed police officers questioning victims and witnesses, and that there was not a streamlined procedure for gathering evidence from survivors at the hospital.

Also, the interlocking rack barriers that kept spectators from interfering with the marathon proved to be major obstacles for first responders. The report recommends the city look into alternative crowd control techniques that could be more easily disassembled in an emergency situation. 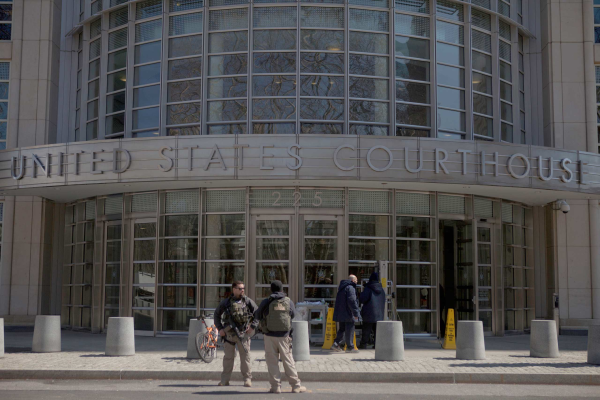 2 Women Arrested in New York for ISIS-Inspired Terror Plot
Next Up: Editor's Pick