5 Charts That Show Why the iPad's Fifth Birthday Is Bittersweet

Apple Inc. CEO Steve Jobs holds up the new iPad as he speaks during an Apple Special Event at Yerba Buena Center for the Arts Jan. 27, 2010 in San Francisco, California.
Justin Sullivan—Getty Images
By Jack Linshi

Five years ago Friday, Apple released its very first iPad to a skeptical public. The 9.7-inch device was Apple’s first tablet, and no one was sure how it would fare. After all, Bill Gates revealed Microsoft’s Tablet PC in 2000, promising the keyboard-less computer would be the next big thing. (It wasn’t.)

While Apple achieved what Microsoft couldn’t by convincing mainstream consumers to buy a tablet computer, the iPad’s fifth birthday is hardly a time to linger on its success. Analysts believe the next iPad, said to be a huge 12.9-inch tablet, was delayed in part because tablet sales are in decline across the world as people turn to big-screen smartphones — “phablets” — or keep the same tablet longer than they hold onto their smartphones.

In fact, while global tablet shipments are forecasted to rise steadily by several million each year, tablets’ year-over-year growth has plummeted to single-digits, according to a report by IDC:

Apple’s iPad wasn’t immune to the tablet slump — sales began to decline not long after its release. Looking at how each quarter’s unit sales compared with the same quarter year-over-year, it’s not exactly a pretty picture. Year-over-year change from Q3 2011 to Q3 2014 plummeted from 183% to -9%:

That said, the iPad has remained a consistently popular product based on the number of quarterly sales since its debut:

Still, the iPad’s sales have been consistently lower than expected. Analysts predicting Apple’s quarterly iPad sales tend to estimate a sales figure slightly too high — even when they take into account how tablet sales may be slowing. Here’s an example from the end of the iPad’s first year, when its year-over-year growth had already begun to slow:

What might Apple want for the iPad’s fifth birthday? Perhaps it simply wants the device to excite people as much as it did when it was first released. In TIME’s April 12, 2010 issue, whose cover story was dedicated to Apple’s new tablet, actor-comedian Stephen Fry tells of how he fell in love with the iPad after it was unveiled. Its a tribute — perhaps a tad exaggerated — to Apple’s characteristic ingenuity, but also a reminder of how the iPad may no longer be as great as it was in the public’s eye. And it’s especially poignant now that Apple is on the verge of releasing its first new product line since the iPad: The Apple Watch. 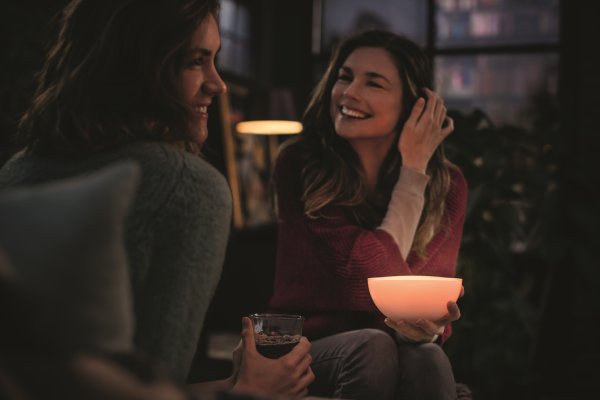 The Best Smartphone-Controlled Lightbulbs Are Now Even Better
Next Up: Editor's Pick