Iranians Rejoice in Nuclear Agreement, But Critics Worry Over Details

Even as Iran’s Foreign Minister Javad Zarif and his negotiating team were boarding a plane to depart Lausanne, Switzerland, on Thursday, after announcing a major development in talks over the Islamic Republic’s nuclear program, some Iranians had already taken to the streets to celebrate.

Zarif had just unveiled an agreement with the U.S., European Union, Russia and China that aimed to open a path toward a final nuclear deal after grueling nine-day negotiations and 18 months of talks.

A small group of Tehran citizens had gathered in front of the Foreign Ministry to show their appreciation of Zarif, and on Vali-Asr Street, one of the capital’s main thoroughfares, spontaneous celebrations were held long into the night. There are calls for further nationwide celebration on the streets on Friday evening.

Many others, led by actors and artists, took to social media to show their approval of the talks in Lausanne. “Dear Mr. Zarif; Thank you. I congratulate the Iranian people,” said Peiman Moadi, who starred in the only Iranian film to win an Oscar, on his Facebook page. “I have just got the best new year gift,” said actress Niuosha Zeighami, calling Zarif one of the greats of Iranian history.

The Iranian President Hassan Rouhani, who had already congratulated the Iranian team via Twitter, hailed the deal Friday afternoon as a “third path” between fighting and conceding to Western powers, and thanked his people for being patient with the negotiators. While there has been no official reaction from Ayatollah Khamenei, the supreme leader of the Islamic Republic who has final say on the nuclear case, Friday Prayer leaders around the country who are his representatives have praised the negotiating team and called the Lausanne talks a success for the country.

But opponents of the nuclear talks in Iran are already warning that a comprehensive agreement is far from certain, saying there could be sticking points in the details.

“In Iran everyone was happy when they read what the Iranian foreign ministry published as the main points of agreement in Lausanne, but when the U.S. State Department issued its parameters for a [Joint Comprehensive Plan of Action] it became clear there are fundamental differences between the two sides,” said Yasser Jebraily, a senior editor at the semi-official Fars news agency close to conservative factions. “Foreign Minister Zarif has already rejected the U.S. parameters, but if the Americans insist on their view then there will not be a comprehensive deal because the differences are too fundamental to be bridged.”

Zarif has already reacted to the fact sheet published by the U.S. State Department, tweeting that “The solutions are good for all, as they stand. There is no need to spin using “fact sheets” so early on.” Iranian journalists flying back with him to Tehran reported that he accused the Americans of lying and that he has already sent a strong worded email to the U.S. Secretary of State John Kerry protesting the fact sheet.

Regardless of the dispute over what exactly was agreed upon in Lausanne, some analysts say the fact that Iran and the U.S. are choosing to talk to resolve their differences is even more significant than the outcome of the nuclear talks. “The most important thing is that both sides are reaching a conclusion that they can have discussions on their clash of interests,” said Amir Mohebbian, a political analyst close to the leadership in Iran. “Previously any small issue quickly escalated into a crisis, but now both sides have concluded that even the most critical issues can be satisfactorily concluded with dialogue. In a sense this can be compared with Nixon going to China in 1972.” 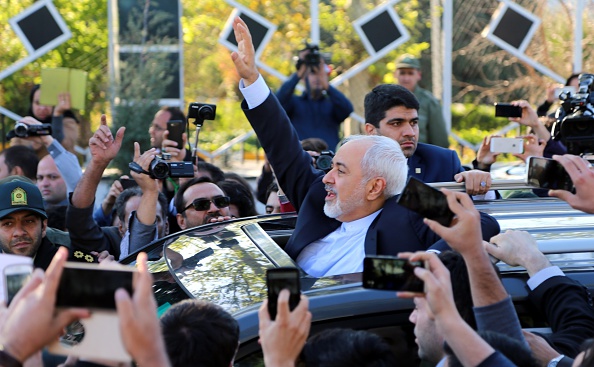