The 37-year-old Brit told Esquire Magazine that the film’s director George Miller has already laid the groundwork for how he wants to develop the story.

“In order to tell this story, we came up with two others. We’ve written the screenplay of one and the novelization of another, but it’s a very rough novel,” Miller said in an interview last year.

“I’ve never been more excited and out of my comfort zone,” Hardy told Esquire, adding that he thinks the film is “[expletive] unbelievable.”

Even filming the movie, which was shot on the edge of the Namib Desert in Namibia, wasn’t without difficulties.

“Just getting things to and from the set was a nightmare,” says Hardy. “We’d lose half a vehicle in sand and have to dig it out. It was just this unit in the middle of x-million square-kilometres of desert, and then this group of lunatics in leathers, like a really weird S&M party, or a Hell’s Angels convention. It was like Cirque du Soleil meets [expletive] Slipknot.” 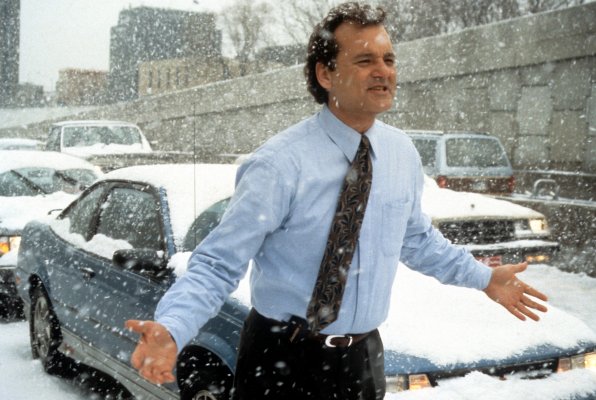 Groundhog Day Musical to Premiere in 2017
Next Up: Editor's Pick