Bill Murray runs through the snow in a scene from the film Groundhog Day in 1993.
Columbia Pictures/Getty Images
By Sabrina Toppa

The 1993 comedy blockbuster Groundhog Day will make its debut as a Broadway musical in March 2017, with casting for the production still in the works, Variety reports.

The Bill Murray classic features a discontented television weatherman stuck repeating Feb. 2 ad infinitum. The comedy favorite grossed $70 million at the box office over its lifetime, according to IMDb.

Now it’s being adapted for the stage by the same talent behind the Tony-award winning Matilda production, including director Matthew Warchus, lyricist-composer Tim Minchin and choreographer Peter Darling. The musical will also involve screenplay writers Harold Ramis and Danny Rubin, who wrote the original story. 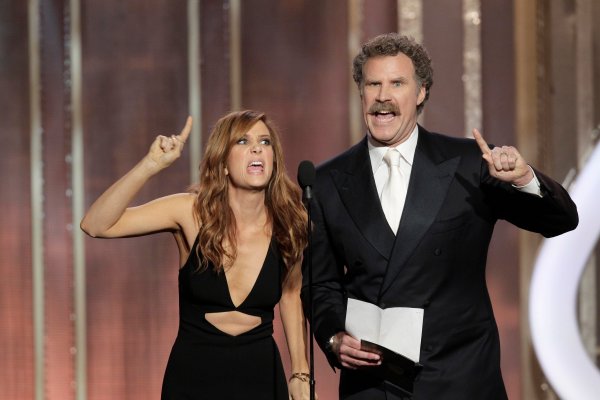 Will Ferrell, Kristen Wiig Scrap Movie After Online Leak
Next Up: Editor's Pick