Over the past two years, Wayne Kyle has endured the death of his son, the ensuing murder trial, and the national spotlight that accompanied the release of the blockbuster film American Sniper.

Now, with the trial behind him – and the media frenzy slowly subsiding – Chris Kyle’s father told NBC‘s Lester Holt on Thursday that he and his wife are simply “surviving.”

After serving four tours in Iraq as a Navy Seal – and earning the title of the military’s most deadly sniper – Chris was killed in 2013 at a Texas shooting range by Eddie Ray Routh, a troubled veteran whom Chris was attempting to help rehabilitate.

“It’s been the toughest two-plus years of our life,” his father told Holt with a heavy sigh.

On Feb. 24, Routh was found guilty of the murder of Chris and Chris’s friend Chad Littlefield and sentenced to life in prison.

Wayne described the trial as “gut-wrenching,” adding, “It’s just one of those deals where you just want to jump over the railing and kill [Routh] with your bare hands.”

Eerily, Wayne says he had warned his son about the dangers of life as a civilian.

“I said, ‘Son, I worry more about you as a civilian than when you were with the teams.’ ”

When Chris asked why, his father remembers answering him, “Because you were fully trained and highly skilled in what you did [in the military], but … there’s no training to be a civilian.’ ”

Between the trial and the added attention of a hit Hollywood movie, Wayne said he and his wife “never had any peace to try to grieve ourselves.”

But with his son’s killer finally behind bars, he told Holt, “It was like, ‘Okay, that chapter is closed.’ And it was a sense of relief.”

Wayne also expressed a sense of resentment towards the media for dubbing the trial “The American Sniper Trial,” which he felt took away from the fact that another veteran, Littlefield, also lost his life at the hands of Routh that day.

“That was so, so wrong,” he said. “The loss of Chris was no more of a tragedy than the loss of Chad Littlefield.”

The grieving father also touched on the bill introduced by Roger Williams, a Texas Congressman, who hoped to have Chris posthumously awarded the Medal of Honor.

“If you knew Chris you would know that he would never ever want that,” Wayne said, adding, “He never saw himself as a hero.” 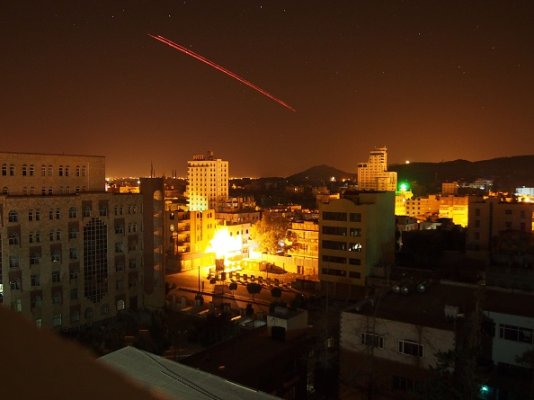 Saudi Air War over Yemen Leaves U.S. on Sidelines
Next Up: Editor's Pick