Katniss, Peeta, and Gale are leaving District 12 and headed to Dubai, as Lionsgate has officially announced it will be partnering with Dubai Parks and Resorts to bring The Hunger Games to life via a theme park opening in October 2016.

Dubai Parks and Resorts will be composed of three separate theme parks, Motiongate Dubai, Legoland Dubai, and Bollywood Parks Dubai. The new Hollywood-themed park, Motiongate Dubai, is currently expected to include a Lionsgate zone that features Hunger Games-inspired attractions and retail facilities, as well as a DreamWorks Animation zone.

Motiongate Dubai will be 4 million square feet and is expected to attract more than 3 million visits a year.

But the Lionsgate area of the park will not be devoted to just the Katniss-centric franchise, as a live stage show based on the Liongate’s Step Up films is planned too. Those two franchises may not seem like they go together, but wouldn’t you like to see Step Up District 12: Katniss v. All Other Tributes? 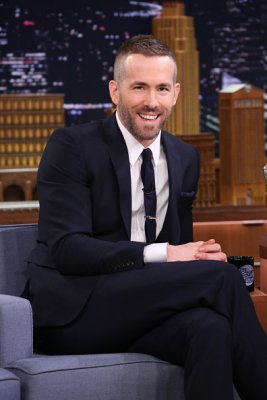 Ryan Reynolds Says Deadpool Will 'of Course' Be Rated R
Next Up: Editor's Pick