A framework agreement on curbing Iran’s nuclear development program announced Thursday was met with concern and criticism across the political spectrum in Israel, with recently re-elected Prime Minister Benjamin Netanyahu saying it would “threaten the existence of Israel.”

Netanyahu, who has long criticized the negotiations between Israel and six world powers, said his cabinet was united in opposition to the outline deal. “The proposed agreement would constitute a real danger to the region and the world, and it would threaten the existence of Israel,” he said. Any deal, he added, must recognize Israel’s right to exist.

Earlier, an official close to Netanyahu’s office told reporters late Thursday that in the Prime Minister’s eyes, the framework agreement “kowtows to Iranian dictates” and that it “will not lead to a nuclear program for peaceful purposes, but rather to a military nuclear program.”

The official, who provided reaction in the form of an written statement, said the deal would allow Iran to continue progress toward a nuclear bomb unimpeded. “Iran will retain extensive nuclear capabilities. It will continue to enrich uranium, it will continue in is research and development of centrifuges, it will not close even one of its many nuclear facilities, the underground facility in Furdow, and much more.”

The official concluded that there was “no demand that Iran stop its aggression in the region, its terrorism around the world or its threats to destroy Israel, which it has repeated again over the past several days.” (That is a reference to comments made Tuesday by Mohammad Reza Naqdi, the commander of the Basij militia of Iran’s Revolutionary Guard, who said that “erasing Israel off the map” was “non-negotiable.”)

That reaction might have been expected of Netanytahu, whose stout opposition to the deal has helped cause a public rift between the U.S. and Israel. But even the Prime Minister’s opposition, which has been critical of his handling of the issue and his March 3 speech to Congress against the wishes of the Obama administration, said it was deeply concerned about the framework agreement.

Omer Bar-Lev, a leading member of Knesset of the left-wing Zionist Union, Netanyahu’s main opposition, said that Israel should work to convince Obama and U.S. Secretary of State John Kerry that the one-year period in which Iran, if the agreement collapses, could weaponize its nuclear capabilities – often referred as a “breakout time” – was not nearly enough to assuage Israel’s greatest fears. “If we can convince them to work on these small details, maybe we can get to a point where there will be an expansion of that time period, and perhaps we can get something that is less bad than what we’re seeing here,” Bar-Lev said in an interview with Israel’s Channel One.

Yair Lapid, the head of centrist party Yesh Atid, which was part of Netanyahu’s last government but refuses to join the coalition he is trying to form, says the deal troubles all Israelis. “On the Iranian nuclear issue there is no opposition and coalition. We are all concerned that the Iranians will circumvent the deal and Israel must protect its own security interests,” Lapid said in a statement to reporters. “There is no basis for the determination that today Iran was prevented from attaining a nuclear weapon. Israel needs to work with the United States and the international community to ensure there is no Iranian fraud, something which would threaten Israel’s security and that of the world.”

Dr. Ephraim Asculai, a former member of the International Atomic Energy Agency (IAEA) and an expert who served as a senior member of the Israel Atomic Energy Commission for over 40 years, says he is most troubled by the lack of scrutiny into his former group’s assessment that Iran was testing a nuclear explosive mechanism.

“That is a serious issue I haven’t heard a word about in any statement,” says Asculai, a Senior Fellow at the Institute for National Security Studies at Tel Aviv University. Moreover, he said, he would have expected a more aggressive inspections regime, and for Iran to be left with far fewer centrifuges.

“This deal is not enough. It doesn’t give the right for inspectors to look anywhere in Iran at any time, and Iran is a huge country — it can set up a mechanism anywhere,” he told TIME. “Keeping 5,000 to 6,000 centrifuges is a large number.”

Finally, he said, one year of breakout time hardly reassures anyone in Israel, just a few hundred miles away from the Iranian border. “I think it is too short a period to deal with this problem, because by the time you discover it, it takes a long time to do something about it … I think that President Obama depends too much on intelligence to uncover any wrongdoing. Unfortunately, intelligence has been known to fail – and we know that Iran is very good at concealing what it’s up to.” 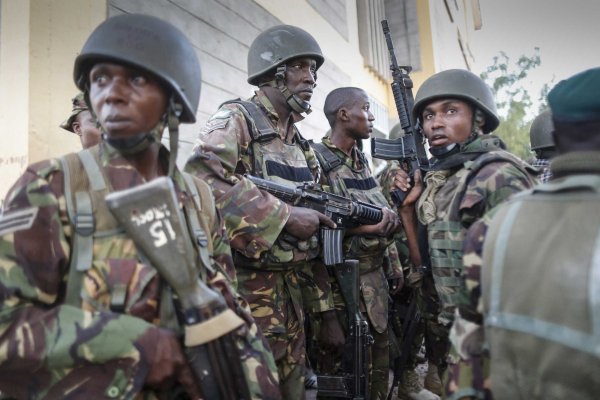 Witness Scenes From the Kenya University Attack
Next Up: Editor's Pick