Do We Really Need a Full House Reboot?

News today that Full House is likely to be revived on Netflix gave rise to a predictable eruption of excitement from the commentariat online. After all, to be on the mainstream of the Internet, run as it is by content creators in their twenties, is to be awash in nostalgia for the 1990s. But there is such a thing as getting too much of what one wants.

Already on Netflix is a reboot of the kids’ cartoon series Inspector Gadget, while the new Twin Peaks is meant to begin shooting this year. Fox has already brought back, for a limited run, 24 and is doing the same for The X-Files. Even Coach, of all things, is returning. The concept of bringing back familiar TV characters is nothing new: The turn of the century saw revivals like the TV movie Mary and Rhoda and the (re-cast) theatrical release The Brady Bunch Movie. But there are simply far more outlets that need creative product today. What was once a novel indulgence in nostalgia is now a business model, banking on familiarity as an easy alternative to investment in risky new ideas.

With revivals like Twin Peaks or The X-Files, the concern is that the new episodes may not live up to the quality of what came before. (This fear isn’t unfounded: No Arrested Development fan, it seems, was sated by Netflix’s fourth season.) It’s often a good idea to leave well enough alone. With Full House, that’s not an issue: The show, a punchline for decades now, was never quite “well enough” to begin with. Today’s adults may have fond memories of watching the Tanner clan on the family couch, but if the show’s new installment is pitched at a similar level to its initial run, it may be over-covered already—and it’s been less than half a day since the news broke.

The problem here isn’t even that Full House isn’t good—lots of crummy things have fans ardent enough to spur revivals. It’s that Full House was literally intended as a show for young children. Now, it’s being brought back for an audience that has grown up in temporal age but not, perhaps, in tastes. It’s comforting to get more of what one loved as a child, but also a bit of a bummer: Shouldn’t we have moved on? Surely there’ll be some irony to the Full House revival—the purported title, Fuller House, suggests the producers are in on some sort of joke—but the money Netflix is spending on it could be spent on literally anything new and interesting. It wouldn’t even need to be a series on the level of sophistication of Unbreakable Kimmy Schmidt or Bloodline. Netflix could put its resources towards a project that today’s kids would watch as ardently as ’90s kids watched Full House. That would be a riskier proposition with a far greater upside.

Still, dissuading a streaming service with buckets of money from greenlighting Fuller House would be fighting against the ever-growing tendency towards niche-ification. There will be a passionate audience for Fuller House, just as there will be for Fox’s new X-Files episodes, and whatever TV reboot inevitably follows. (The notion of a Friends reunion will be bandied about until the end of time.) But for the uninitiated, or those looking for the thrill of the new, TV just keeps getting more boring. 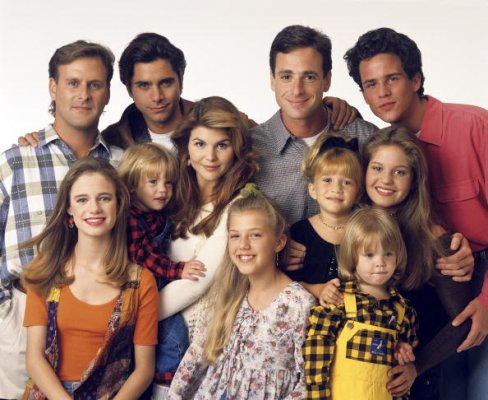