Ryan Reynolds Says Deadpool Will 'of Course' Be Rated R

Since superhero movies began their reign at the box office, almost every one of them has been rated PG-13. They can push the limits, but only so much so that the widest audience possible has the chance to see them.

But that’s a problem when it comes to Deadpool. The titular Merc with a Mouth is foul and violent, and any proper incarnation of him on the big screen would need to keep his darkly comedic spirit intact.

To ease fans’ worries that a sanitized Deadpool is on the way, Ryan Reynolds appeared in a video addressing the film’s potential rating in a mock Extra interview with A.C. Slater himself, Mario Lopez. The two discuss the “decision” to shoot for a PG-13 rating on the film, which is currently shooting—but the movie’s star comes in at the end with a promise that the cast and crew are not holding back with the adaptation.

See Lopez gets what’s coming to him for suggesting Deadpool would be made better by an all-ages rating in the clip below, which premiered at JoBlo.com.

It’s important to remember that, as the film is nowhere near complete, it’s not actually rated R yet. Still, this should come as some relief to fans of the character; clearly, Reynolds and the team behind the film have no intention of toning down Deadpool’s penchant for mayhem when the film releases sometime next year. 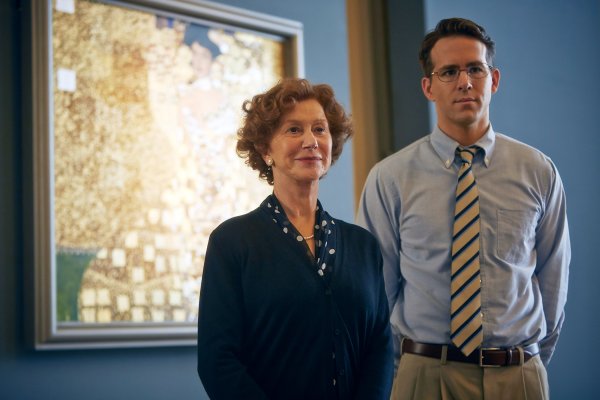 Helen Mirren in 'Woman in Gold': The Queen Stands Alone
Next Up: Editor's Pick