Why Religious Freedom Bills Could Be Great for Gay Rights

Opponents of the religious freedom laws recently passed in Arkansas and Indiana criticized the measures as a license to discriminate against LGBT people, but the battle over the bills may come to benefit the very people who led the charge against them.

Suddenly, a community that has been unsuccessfully championing LGBT non-discrimination measures for decades has the nation’s attention. A civil rights movement needs an outraged public to enact reform, and this fight —from grassroots protests against the bills to disapproving tweets from Walmart executives—generated plenty of it. Gay rights advocates strategically used the showdown as a megaphone to decry the absence of discrimination protections for LGBT people in many states. While nearly 90% of people believe that it’s already illegal to discriminate against gay and transgender people, there are no such laws in the majority of the United States.

On Thursday, Indiana Gov. Mike Pence approved changes to the state’s newly passed religious freedom law that make it clear the measure can’t be used to discriminate, but his opponents are taking this opportunity to push for more—demanding that Indiana become not just the 20th state to pass a religious freedom act but also the 20th to pass comprehensive non-discrimination protections for LGBT residents.

“Anyone involved in social change has often had to take something that looked pretty bleak and turn it into an opportunity,” says Eliza Byard, executive director of the Gay, Lesbian & Straight Education Network (GLSEN). “And you better believe that everyone who believes in justice is going to keep making a way out of no way. And this is another one of those moments. Let’s let people know what the stakes really are.”

This silver lining may have already sparked change in Florida, where gay rights advocates have long been pushing a non-discrimination bill that would protect LGBT people in the realms of employment, housing and public accommodations. For nearly a decade, the bill has been filed each year without coming up for a vote, says Carlos Guillermo Smith of Equality Florida. His group has built a coalition of more than 300 businesses who support the measure—including prominent companies like Walt Disney World and the Miami Heat—but that hasn’t moved the needle. Now, in the wake of Indiana, Smith says it looks like the bill may finally get taken up by a committee next week.

“It’ll be the first hearing we have had on the issue, ever,” says Smith.

In Pennsylvania, advocates preparing to introduce a non-discrimination measure in the next two weeks have used the fallout in Indiana to highlight the potential economic costs to Republican lawmakers. Companies have halted expansion in the Hoosier State, lucrative conferences have threatened to convene elsewhere and recruiters tasked with luring executives to the area are worried about companies already there choosing to relocate.

“It’s the severity of the backlash,” says Equality Pennsylvania’s Ted Martin, “that really and truly serves as an example that discrimination is just not the way to move a state forward economically. I think the leadership in our capitol will pay attention to that.”

This is already the tack that many LGBT advocates have been taking, concentrating on the dollars-and-cents arguments instead of just acceptance-and-tolerance. In Florida, the non-discrimination bill is pointedly named the Florida Competitive Workforce Act, positioned as a way to attract the broadest range of the best talent. What’s happening in Indiana, Smith says, “is making the argument for us.”

Some worry that support for non-discrimination measures will be hard to drum up, partly because the realm of marriage equality has been a double-edged sword for LGBT Americans. As the Supreme Court appears poised to make same-sex marriage the law of the land, advocates are ready to celebrate securing a right with enormous emotional and practical importance. At the same time, says Kate Kendell, executive director of the National Center for Lesbian Rights, “The concern has always been that we might make the mistakes of every other civil rights or human rights struggle. Women win the right to vote and mistake that for full equality. Brown v. Board of Education rules that segregation is unlawful, and there’s a mistaken notion that somehow we’ve won the war on racism and bigotry.”

The fear, she says, is that casual supporters of gay rights would get the impression that the work is finished, brush off their hands, put away their pocketbooks and go home. “The notion that we’re done is something that we’re fighting,” Kendell told TIME in 2014. The fight in Indiana has made it clear that the war is not over. It has also demonstrated to the likes of Kendell that they have wells of support that are bigger than they realized, as everyone from the NCAA to Angie’s List balked at the law. “We have seen a cascade of support for basic, fair treatment for LGBT people in the public square that I could never have imagined,” Kendell says. “I want to bottle this lightning.”

While the national conversation has focused on the theoretical same-sex couple seeking a hypothetical cake from a traditionalist baker, Sarah McBride of the Center for American Progress, a liberal think tank, says that the controversy has been an opportunity to point out that the LGBT discrimination is not only real but that the vast majority is more “life-altering” than having to seek out a second pastry shop. “The economic numbers don’t lie,” she says, noting that LGBT Americans experience higher levels of poverty, homelessness and unemployment than the general population. A report she authored in 2014 found that 27% of LGBT people have experienced “inappropriate treatment” or hostility in a place of public accommodation like a shop or restaurant.

McBride says that another difficulty that comes along with wins for marriage equality is that there are more opportunities for discrimination. Heartened by court rulings, people are more willing to come out of the closet and may even be forced to effectively out themselves at work when, for the first time, they’re filling out paperwork to add a same-sex spouse to their health insurance policy. Those are opportunities to encounter backlash that didn’t exist before, she says. A favorite rhetorical example among such advocates is that in several states, a lesbian could now be married on Sunday and fired for being gay on Monday, left with only patchy and confusing legal recourse. “The confusion around the legal landscape needs to be clarified,” McBride says. “That’s why there needs to be a comprehensive federal response.”

Members of Congress have tried and failed to pass non-discrimination legislation that would protect LGBT people in employment nearly every session since 1994. In a “historic” 2013 vote, the Democrat-controlled Senate passed the Employment Non-Discrimination Act, or ENDA. Then the Republican-controlled House didn’t take it up. Oregon Sen. Jeff Merkley, a Democrat, said in late 2014 that rather than fight the same fight again, he plans to go bigger: introducing sweeping legislation that covers not only employment but housing and public accommodations. And the controversy over religious freedom restoration bills—which are still pending in six states beyond Indiana—may help jump start a measure that has stalled so many times. It will need a jolt for a GOP-controlled Congress to consider taking it up.

“Senator Merkley’s hope is that with the news out of Indiana and Arkansas we can finally get the support we need to get LGBT Americans the rights they deserve,” a spokesperson for Merkley tells TIME.

In some ways, fighting for marriage equality is an easier task for gay rights supporters than fighting for LGBT non-discrimination bills. Part of it is Americans’ widespread belief that those protections are already in place and confusion about what legal options LGBT people have if they’re fired from a job for being gay or transgender, while it has always been obvious and indisputable where same-sex marriage was not legal and what that meant. A lack of marriage rights is a straightforward issue, while discrimination isn’t always easy for outsiders to see, says Jenny Pizer of Lambda Legal. “Non-discrimination is proactive and not reactive,” Pizer says. “That is a different kind of social change process.”

But the religious freedom bills, which have been considered in more than a dozen states so far in 2015, could change that. McBride says such incendiary proposals may prove the “tangible” means of activating support for their cause, just like constitutional amendments banning same-sex marriage provided them a target at which to aim when fighting for marriage equality.

People like Smith will be watching closely to see whether backlash against the new religious freedom law is indeed enough to boomerang the state legislature beyond fixes to passing stand-alone non-discrimination legislation. That would be a telling lesson in a state run by a politician who once declared that he opposes “any effort to recognize homosexual’s [sic] as a discreet [sic] and insular minority’ entitled to the protection of anti-discrimination laws similar to those extended to women and ethnic minorities.”

“Their version of our bill is still in the works,” Smith says. “If we can’t even get that in Indiana, then I don’t know if we’ll be able to get it in Florida.” But if Smith’s team does get their hearing next week, you can count on them pointing a lot of fingers in a northwesterly direction. 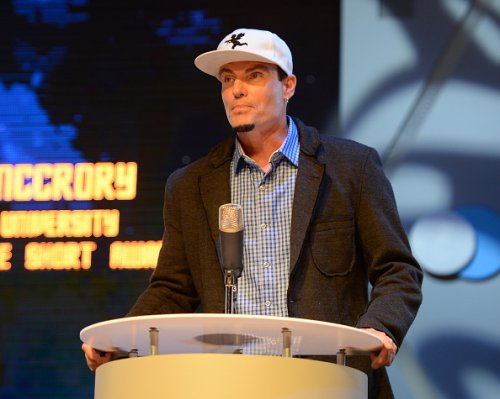