In this viral video called “Mime Through Time,” Sydney actresses Lana Kington, Madison Lloyd and Shae-Lee Shackleford of the comedy troupe SketchShe lip-sync pop music from past decades while hanging out in a car. The trio assumes the personas of stars such as Elvis Presley, Michael Jackson, Queen and Gotye (known for “Somebody That I Used to Know”). They end the clip with an impression of Miley Cyrus singing “Wrecking Ball,” for which they are topless (well, almost topless. That bit is censored). The clip has racked up more than 4.4 million views since it was uploaded to YouTube on March 31.

Read next: Is This Video of Women Singing ‘Bohemian Rhapsody’ in a Car Real Life or Just Fantasy? 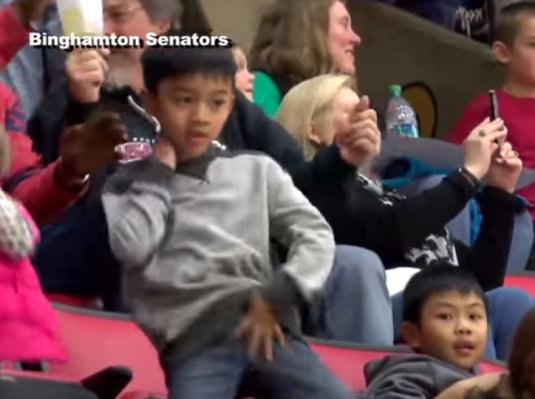 This Is By Far the Best 'Uptown Funk' Dance We've Ever Seen
Next Up: Editor's Pick