The University of Maryland’s president has decided not to expel a student for sending an email to his fraternity brothers filled with racist and misogynistic content.

The university learned of the explicit email, sent by a Kappa Sigma fraternity member, in March as it went viral online. The school launched an investigation through the university’s Office of Civil Rights and Sexual Misconduct and the campus and local police, but concluded Wednesday that “this private email, while hateful and reprehensible, did not violate University policies and is protected by the First Amendment.”

The response stands in contrast to how some other universities have handled recent, high profile incidents involving fraternity members and racist and sexist speech. The University of Oklahoma quickly expelled two students in March who were shown in a viral video of a group of SAE fraternity members singing a racist chant on a chartered bus. A few days later, a fraternity chapter at Pennsylvania State University was suspended after members allegedly operated a Facebook page collecting pictures of nude, unconscious women.

But the University of Maryland has taken a slightly different approach, focusing on rehabilitation and education in dealing with a somewhat similar situation. On Wednesday, university president Wallace D. Loh sent a note to the campus community explaining the results of the investigation and the decision not to expel. Quoting Martin Luther King and Mahatma Gandhi, he urged students who were harmed by the hateful speech to think in terms of “restorative justice” rather than “legal justice.”

“When any one of us is harmed by the hateful speech of another, all of us are harmed,” Loh wrote. “We repair the harm to our community, in part, by restoring the wrongdoer as a responsible member of society. I appeal to “the better angels of our nature” and ask all members of our University community to join me in forgiving him in our hearts, not for his sake, but for our own.”

The student will not return to campus this semester, and will perform community service as well as participate in individualized training in diversity and cultural competence. In an apology released by the university, the student wrote: “I’m committed to being a better person, a person that appreciates differences.”

The University of Oklahoma came under fire from civil liberties advocates after its March expulsions, who said they had violated the free speech rights of the students. Federal law prohibits schools from failing to address behavior serious enough to create a “hostile” environment for a member of a protected class, such as a woman or a minority student. 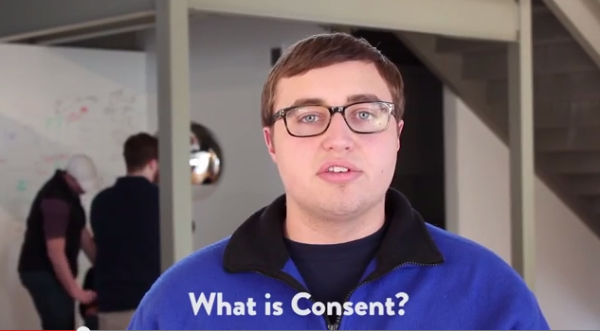