Two women and self-declared “citizens of the Islamic State” were arrested Thursday in connection to a plot to detonate homemade bombs in the United States.

Noelle Velentzas and Asia Siddiqui, both of Queens, N.Y., were charged with conspiracy to use weapons of mass destruction against “persons or property” in the United States, according to a news release from the Department of Justice. Velentzas and Siddiqui were arrested in the borough by undercover agents, the AP reports.

Since at least August of 2014, the two women have been researching and acquiring materials to make homemade explosive devices. Most recently, the investigation revealed that one of them had a propane tank and instructions from a jihadist website for how to turn the tank into a bomb.

Both women “expressed their support for violent jihad,” and Velentzas has referred to Osama bin Laden as one of her heroes, according to the news release.

“We are committed to doing everything in our ability to detect, disrupt and deter attacks by homegrown violent extremists,” said U.S. Attorney Loretta Lynch. “As alleged, the defendants in this case carefully studied how to construct an explosive device to launch an attack on the homeland. We remain firm in our resolve to hold accountable anyone who would seek to terrorize the American people, whether by traveling abroad to commit attacks overseas or by plotting here at home.”

The defendants’ initial appearances are scheduled for the afternoon of April 2. If convicted, both defendants face a maximum sentence of life imprisonment.

Read next: Meet the Americans Who Have Joined an Iraqi Militia to Fight ISIS 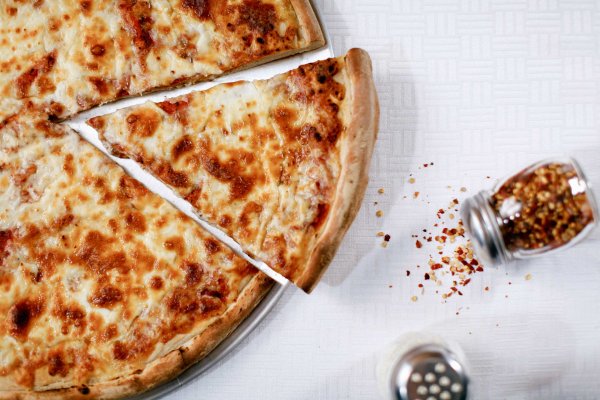 Indiana Pizzeria Gets Six Figure Sum from Campaign
Next Up: Editor's Pick