Review: The Comedians in Search of a Punch Line

As a general rule, bad TV shows make for better TV than good TV shows do. 30 Rock was hilarious; TGS, from the glimpses we got, was mostly so unintentionally. (OK, I do still laugh at “Someone put too many farts in this engine!”) The Mary Tyler Moore Show was a landmark of ’70s television in a way that it’s safe to say Ted Baxter’s newscast was not. The Comeback, The Larry Sanders Show and The Dick Van Dyke Show each made magic from the process of making, at least, highly challenged productions.

The Comedians purports to be a making-of documentary about The Billy and Josh Show, a sketch comedy born after Crystal unsuccessfully pitches a solo show to FX president Denis Grant (Denis O’Hare, doing what I believe is a capable impression of actual FX honcho John Landgraf). The pilot tests badly; as Grant puts it, “We’re worried that we run the risk of too much… you.”

He offers to buy the show if the comedy vet takes on a younger partner: Gad, whom you may know from The Book of Mormon, 1600 Penn, Frozen, or thinking he was Jonah Hill. (The pilot makes a gag out of that latter mistake.) Neither comic wants to do it, but Crystal wants to get back on TV and Gad is burning through his savings. The resulting arranged marriage becomes a generational war of egos, a Nashville of comedy, a Smash of schtick.

There was a time long ago when it would have been brave for two real comics to play themselves in this light, but the inside-the-funny-business-business premise has been tackled many ways by now. And in its first four episodes, The Comedians will repeat nearly every one of those ways, not to its advantage.

Every supporting character here is a toothless type: the basket-case producer (Stephnie Weir), the nebbishy writer (Matt Oberg), the entitled Millennial assistant (Megan Ferguson). Next to this, Showtime’s Episodes (the broad inside-Hollywood comedy with Matt LeBlanc as Matt LeBlanc) is practically Robert Altman’s The Player. And The Comedians‘ departures from formula are worse: there’s a truly awful subplot involving a transgender character that’s essentially a “the guy’s a broad!” joke. (Ironic, since Crystal’s TV history includes the LGBT landmark of playing the first gay regular character in a sitcom on ABC’s Soap.)

The teaming of Crystal and Gad seems like it should work on paper. They each have an old-vaudeville sensibility, and each feels committed to making his “character” as unlikeable as the show requires. But the series falls into a pattern–they try to connect, Billy gets defensive and passive-aggressive, Josh tries too hard and ends up saying or doing something excruciating–that it repeats so often you know when every beat will come. Gad ends up seeming like he’s laboring in the role, Crystal like he’s sleepwalking. The whole thing goes down like a cold Nate’n Al’s matzo ball.

There are moments in The Comedians that hint at greater potential. A subplot in the fourth episode, with Gad’s Frozen songwriters Robert Lopez and Kristin Anderson-Lopez, pays off, and there are promising moments where Gad and Crystal connect in a way that suggests their characters are really at odds because they’re so much alike. But The Comedians always returns to seltzer-down-your-pants mode, like it doesn’t want to challenge itself, or us.

In the end, I’m left watching The Comedians like the chagrinned FX executives watching the development of The Billy and Josh Show, looking at a project that had every advantage–the stars, the behind-the-scenes talent (including director Larry Charles), numerous celebrity cameos–but somehow never managed to gel. In that way, at least, life imitates the art that’s imitating life. 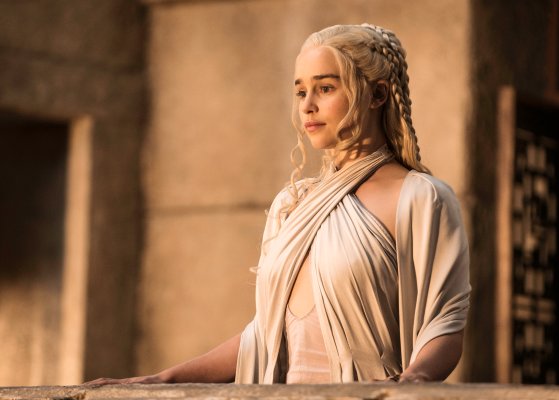 Review: Game of Thrones Explores Uncharted Territory in Season 5
Next Up: Editor's Pick