Argentine silversmith Adrián Pallarols will cast an unusual Communion chalice for Pope Francis’ visit to the U.S. this September: a cup made from silver pieces–earrings, coins, pens–donated by Americans across the country. Pallarols, a seventh-generation silversmith who was married by the Pontiff in Buenos Aires when he was Cardinal Jorge Bergoglio, presented the idea to the Pope in a recent private audience. The symbolism of the design, which features a map at the center, will be rich. “Everybody, the whole country, will be in the prayers of Pope Francis here in New York when he lifts the chalice in the consecration,” Pallarols says.

The logistics are complicated. Pallarols is still working out how people can contribute their mementos and how any extra silver can be donated to Pope Francis’ efforts for the poor. Meanwhile, the Vatican has yet to release the Pope’s official travel schedule, but Pallarols says the Holy Father will use the chalice at a Mass in New York City. 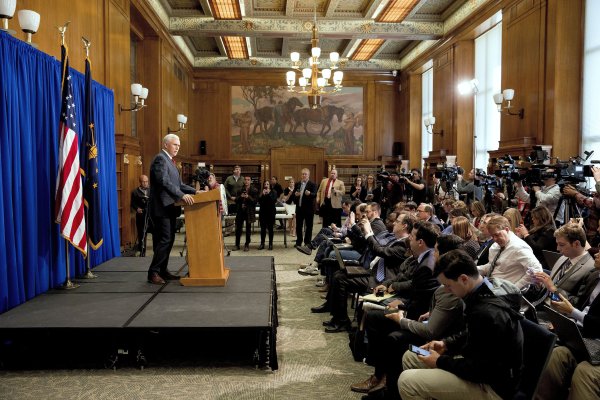 The Battle of Indiana
Next Up: Editor's Pick