Students of the Garissa University College take shelter in a vehicle after fleeing from an attack by gunmen in Garissa, Kenya, April 2, 2015.
AP
By Aryn Baker

With a spray of gunfire, masked gunmen stormed a university campus in Northern Kenya early Thursday morning, launching a round of grenades as they battled with campus guards and security forces for several hours. At least 15 have been killed, including two police officers, and police believe that several students are being held hostage in a building on the Garissa University College campus, say local media reports. According to the Kenya National Disaster Operation Centre, at least 65 are being treated in Garissa hospital.

Students that had been evacuated from three of the four dormitories — some still in pajamas, others only partially dressed — gathered to watch as security forces battled the militants cornered in the remaining building.

In a statement sent to the BBC, a spokesman for the Somalia-based al Shabaab militant group claimed responsibility for the attack, claiming that “dozens” had been killed. The attack started around 5 AM, as students were preparing for dawn prayers. Some twitter reports said that the militants attempted to separate the Muslims from the Christians. Ali Mohamud Rage, the al Shabaab spokesman, said in his statement that some Muslims had been released.

The commando-style raid has become a signature move for the al-Qaeda-linked militant group, which rose to international prominence in the wake of its 2013 attack on Nairobi’s upscale Westgate shopping mall, which killed 67. Al-Shabab has been battling to implement its strict interpretation of Islamic law in Somalia since 2006, and has repeatedly vowed to punish Kenya for sending peacekeeping troops into Somalia. Though there are some reports of a faction within the militant group that supports the Islamic State in Iraq and Syria, its leadership has stayed loyal to al Qaeda.

It is not yet clear if the attack will have any impact on the recently announced visit of U.S. President Barack Obama, who was due to attend a global entrepreneur’s summit in the capital, Nairobi, in July.

The United Kingdom’s foreign office immediately updated its Kenya travel advisories, warning against non-essential travel to the port city of Mombasa as well as three resort towns on the coast popular with holidaymakers. The warning is likely to be the death knell for the coast’s already suffering tourism sector, which had yet to recover from a string of terror attacks over the past three years that targeted the white-sand and blue sea paradise of Kenya’s northern beaches. Stringent American travel advisories had previously forbidden U.S. diplomatic personnel from going to the coast without clearances, and warned against tourism. Local tourism industry representatives complained that the warnings caused a major loss of jobs in an area with little economic alternatives, and may in fact result in encouraging more youth to join local militant groups or even al Shabaab, which is based in neighboring Somalia but has made significant inroads in Kenya. 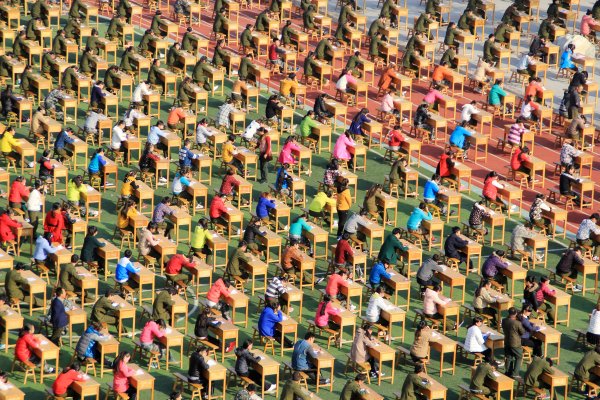 The Big Test for Chinese Students
Next Up: Editor's Pick