The U.S. and Israel Are Divided — and That Won't Change

Some accuse President Obama of undermining Israel’s security to protect a peace process that’s going nowhere. Others say Prime Minister Benjamin Netanyahu is poisoning Israel’s relations with his country’s superpower protector and isolating Israel internationally. It’s clear that Obama and Netanyahu don’t trust or like each other. But the widening divide between these countries can’t be reduced to a personality conflict between leaders. Differences in the interests and worldviews of the two governments are becoming more important.

Begin with the “two-state solution.” In Washington, leaders of both parties will continue to prioritize the U.S. commitment to Israel’s security. But Obama isn’t the only U.S. official who publicly supports the idea of an eventual Israeli compromise with Palestinians. Former President George W. Bush described himself in 2008 as the “first American president to call for a Palestinian state.” Support for this aspiration remains part of the Republican Party platform.

Israelis, on the other hand, even those who support a two-state solution in principle, are far more aware of the challenges in creating a viable country that connects Gaza and the West Bank—to say nothing of the political nightmare of trying to evict thousands of Israeli settlers from disputed land. Support for a two-state solution is not dead in either country, but Americans and Israelis do not look at this question with the same eyes. With every surge in Israeli-Palestinian violence, that gap becomes more obvious.

Obama and Netanyahu also hold opposing views on how best to ensure that Iran doesn’t develop nuclear weapons, but that difference reflects divergent ideas within their governments on the role Iran might play in the future. For the Obama administration, Iran might one day become an agent of change in the Middle East, because it’s a country that holds genuinely contested elections, however flawed, and it’s one in which a sizeable majority isn’t old enough to remember the religious revolution that the country’s leaders say gives them their mandate. For Israel’s government, Iran’s hardliners remain in firm control. Whatever the aspirations of its young people, Israel believes Iran must remain isolated until its elections are fully free and fair and its leaders recognize Israel’s right to exist. Nuclear negotiations have widened this gap.

These differences are made possible by the reality that the United States can afford to be less involved in the region’s rivalries than it once was. First, following the long wars in Iraq and Afghanistan, there is limited public support in the United States for any military commitment that might require a costly long-term occupation of territory. Bombing ISIS is one thing; invading Iraq all over again is another. Americans are not ready for a war with Iran. Second, the remarkable surge in U.S. domestic energy production of recent years leaves the U.S. less vulnerable to Middle East conflict. By the end of this decade, the United States will produce almost half the crude oil it consumes. More than 80 percent of its oil will come from North and South America. By 2020, the US could be the world’s largest oil producer, and by 2035 the country could become almost entirely energy self-sufficient.

That advantage allows the U.S. President to shift security and trade policy toward a stronger focus on East Asia, the region more important than any other for the strength and resilience of the global economy over the next generation. The men and women hoping to succeed Obama as President can afford to offer familiar reassurances on America’s commitment to Israel’s security, but the shifting international landscape, the challenges and opportunities created by China’s continued rise and new trans-Pacific trade opportunities will occupy a growing percentage of the next administration’s time.

Netanyahu has won another term, though his staying power will remain in question. Obama will be in office for another 22 months. The next leaders of the two countries will surely like each other better than Netanyahu and Obama do, but differences in U.S. and Israeli national interests are not going away. 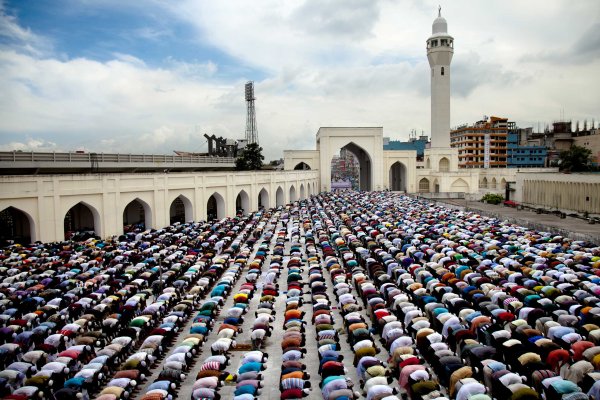 The World Is Getting More Religious
Next Up: Editor's Pick