You’re Not Fooling Anyone With Your Pretend Laughter

Why do we laugh? The obvious answer is because something is funny. But if we look closer at when and how laughter occurs in ordinary social situations, we see that it’s not so simple. Like most aspects of human behavior, laughter is complicated.

Scientists are learning about not only the ways in which people hear and categorize laughs, but also how human laughter relates to similar vocal behaviors across the animal kingdom. We have now uncovered many clues about the origins of this fascinating and ubiquitous behavior: While laughter might seem on the surface to be about jokes and humor, it turns out that it’s really about communicating affiliation and trust.

And then it gets tricky.

In one line of research in my Vocal Communication Lab at UCLA, we have been playing recorded laughs to listeners and asking them, is this laugh “real” or “fake”? Our recorded laughs were taken from real conversations between friends in a laboratory setting, or produced on command, also in the lab. Listeners were able to tell the “real” laughs from the “fake” laughs about 70 percent of the time. Why are people falling for the fake laughs? Before we can answer that, we need to address where laughter came from in the first place.

Laughter in humans likely evolved from play vocalizations in our primate ancestors. We see related vocal behaviors in many primate species today, as well as in rats and dogs. Scientists have described these play vocalizations as evolved from labored breathing during play. If one animal bites another, it could be taken as an attack—but if they signal while panting that they are just playing, the play can continue without being interrupted by an unnecessary real fight.

So how does this relate to human laughter? By comparing traits in different species, and then incorporating what is known about the evolutionary connection between those species, we can estimate how old a trait is, and how it has changed over evolutionary time. Our laughs have become longer, and the sound has more of a tone, including the stereotyped vowel sounds we all know: the human “hahaha.” Of course, human laughter can be composed of many sounds, including snorts, grunts, and hisses. But when we produce the classic “hahaha” sound, we are revealing the action of an ancient emotional vocal system shared with many species, and that has important consequences in how people appraise a laugh, and the laugher, at that moment.

Laughter triggers the release of brain endorphins that make us feel good, and it reduces stress. There is even evidence that we experience a temporary slight muscle weakness called cataplexy when we laugh, so we could be communicating that we are unlikely (or relatively unable) to attack. But laughter is not always made in fun, and can be quite hurtful (e.g., teasing). Laughter is a powerful signal with huge communicative flexibility.

We were laughing before we were talking, and crying, screaming, gesturing, and making other nonverbal signals. But we did eventually learn to talk, and developed fine control over our breathing to regulate it for speech, and better motor control over our larynx, lips, and tongue. These innovations afford us the ability to be vocal mimics. As this skill developed for speech production, the ability to imitate other non-speech sounds came rather quickly. Suddenly, the fake laugh was born.

A fake laugh is produced with a slightly different set of vocal muscles controlled by a different part of our brain. The result is that there are subtle features of the laughs that sound like speech, and recent evidence suggests people are unconsciously quite sensitive to them. For example, if you slow down a “real” laugh about two and half times, the result is strangely animal-like. But when you slow down human speech, or a “fake” laugh, it sounds like human speech slowed down.

The ability to be a good faker has its advantages, so there has likely been evolutionary pressure to fake it well, with subsequent pressure on listeners to be good “faker detectors.” This “arms race” dynamic, as it’s called in evolutionary biology, results in good fakers, and good fake detectors, as evidenced by many recent studies, including my own.

The reasons we laugh are as complicated as our social lives, and relate closely to our personal relationships and communicative strategies. One focus of researchers now is trying to decipher the relationship between specific sound features of our laughs—from loud belly laughs to quiet snickering—and what listeners perceive those features to mean. For someone studying the evolution of human communication, there are few things better to study. And it’s no joke.

Greg Bryant received his Ph.D. in psychology from UC Santa Cruz in 2004 and is now an associate professor in the Department of Communication at UCLA. He is interested broadly in the evolution of communication and cognition, and has published on a variety of topics exploring the role of the voice in social interaction. He wrote this for Thinking L.A., a partnership of UCLA and Zócalo Public Square. 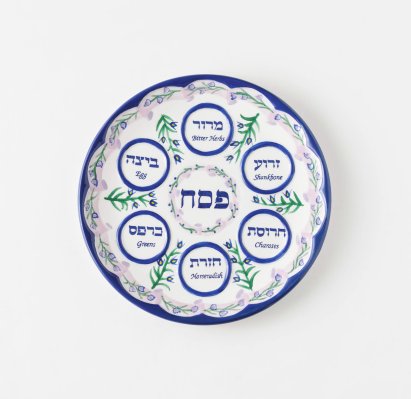 3 Counterintuitive Lessons From Passover
Next Up: Editor's Pick