In certain branches of the military, suicide rates have almost doubled in the last decade. Now, sweeping new research published in the journal JAMA Psychiatry suggests that the reasons are much more complicated than just deployment. In a comprehensive new study that looked at all 3.9 million members of the U.S. military from 2001-2007—including the Air Force, Army, Army National Guard, Army Reserve. Marine Corps and Navy—suicide was not associated with deployment in the U.S.’s two most recent major conflicts: Operation Enduring Freedom and Operation Iraqi Freedom.

Those findings may be counterintuitive, says study author Mark A. Reger, PhD, Deputy Director at the National Center for Telehealth and Technology and chief of research, outcomes, and investigations, but some interesting theories have emerged.

“As the wars went on and deployments were occurring among our service members, the suicide rates were rising at the same time, so it’s very tempting to assume that it must be because of the deployment,” Reger says. But the strongest research from the Vietnam and Gulf War eras shows there’s not a significant difference in suicide rates between those who are deployed and the general population, he says. And that held true for the more recent conflicts. The authors looked at deployment in the Iraq and Afghanistan operations and found no association between deployment and suicide.

MORE: Military Suicides Down Overall, But National Guard Rates Up

He suspects part of the reason is that military members who are chosen for deployment may be among the most mentally fit. Prior to deployment, all service members go through pre-deployment screening to ensure that they’re mentally and physically ready for the challenges. “It is possible that those who deploy are healthier than those who did not deploy,” Reger says, although he adds that they didn’t have data to confirm that.

The authors didn’t look at data related to mental health status, medical status, combat exposure or combat injuries, so they were unable to see if those factors were linked to increase suicide risk. “All of these deserve future study,” Reger says.

Some patterns linked to suicide risk factors did emerge, however. Those who left the military early had a 63% higher suicide rate than people who had not separated from service. People with the fewest years of military service were also most at risk; service members who left the military after just a short stint of less than four years were at higher risk for suicide than those who left after serving four or more years, regardless of whether or not they’d been deployed. The study didn’t look at possible reasons for this, but the authors speculate that difficulty finding work, losing their military identity and having to find new social support may all play a role.

Another big risk factor, the study authors concluded, was the nature of a service member’s discharge. Those who were not honorably discharged from the military had a 21% higher suicide rate than those who had an honorable discharge.

Making use of limited resources to prevent suicide is a key objective of the military, Reger says. Based on these findings, it’s possible that targeting prevention efforts more narrowly to those who leave the military early and those with a less-than-honorable discharge may be more efficient and impactful than casting a wide net and focusing prevention efforts on everyone who’s deployed, Reger says.

“I think the entire nation has a responsibility for working with service members and veterans, wherever they end up,” he says. “If our paper has the effect of influencing some of those in the prevention community beyond the military, that would be a good outcome.” 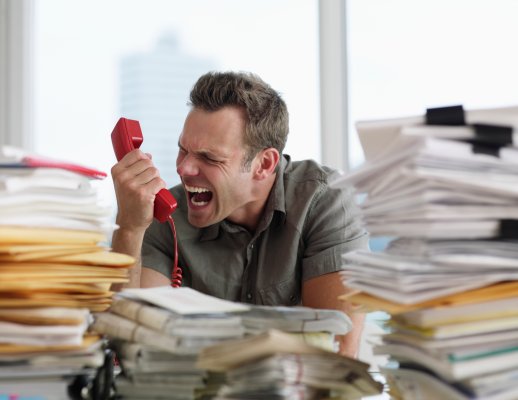 Why Being Put on Hold Drives You Crazy
Next Up: Editor's Pick