Being skeptical doesn’t always pay off on April Fools’ Day.

Just ask Tianna Marsh, who traded her 15-year-old Nissan Avenir for a new BMW worth $50,000 when she answered an ad that many New Zealanders dismissed as a joke. A BMW dealership put a front-page ad on the New Zealand Herald offering a new car to the first person who showed up on April 1 with their current vehicle and the coupon. When Marsh arrived at 5:30 a.m., she asked for an employee named “Tom,” per the ad’s instructions, and quickly said hello to a new ride with the license plate NoFooL.

“The ad was intentionally vague and definitely appeared too good to be true, but in this case we wanted to turn the tables and reward the first person who was willing to take the chance,” said Ed Finn, a spokesperson for BMW. The company will donate the money made from selling Marsh’s old Nissan to charity, and it also plans to upload video footage of Marsh claiming her prize to prove to skeptics it wasn’t a publicity stunt.

The dealership hired security guards in the event of riotous crowds, but according to the company, few took the bait. 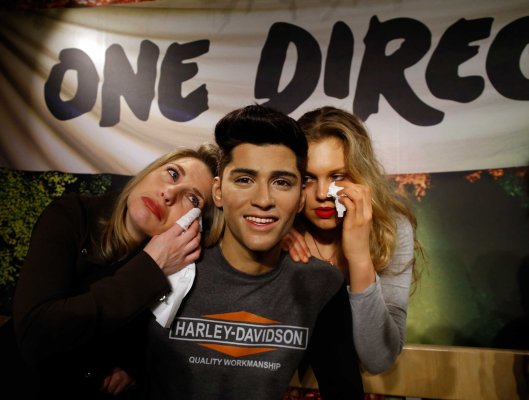 'Tissue Attendant' To Comfort Upset One Direction Fans at Madame Tussauds
Next Up: Editor's Pick