This two-and-half minute shot of adrenaline shows Tom Hardy and Charlize Theron on a heart-pounding race through futuristic desert wastelands – dodging rocket fire and deranged flame-throwing guitarists, as they make their escape from an evil warlord out for blood.

George Miller, who directed the original 1979 film (starring Mel Gibson), is returning for the reboot – and after 30 years, the Aussie director clearly isn’t holding anything back.

And even better, this fourth film in the Mad Max franchise seems to have an actual plot.

The bad guy warlord, named Immortan Joe (played by Hugh Keays-Byrne), unleashes an army of terrifying motorists charged with hunting down Imperator Furiosa (played by Theron) after she absconds with a handful of his young sex slaves.

Max (played by Hardy) appears to get dragged into Furiosa’s mess after he makes his own escape from Joe’s tribe of homicidal rock star wannabes.

The film debuts May 15, which gives us plenty of time to get our blood pressure checked before buying tickets. 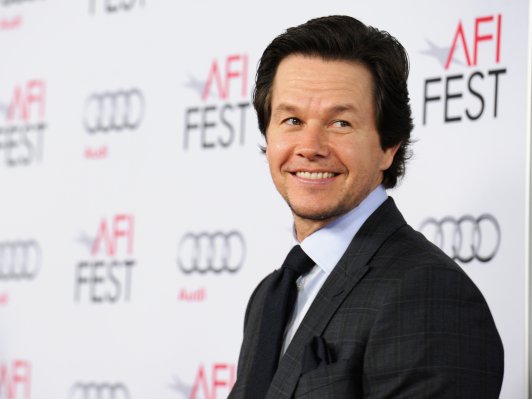 Mark Wahlberg Eyes a Lead in Boston Bombing Film
Next Up: Editor's Pick