Shortly after lawmakers in Arkansas approved a religious freedom bill Tuesday that is similar to Indiana’s controversial legislation, Walmart called on Arkansas Gov. Asa Hutchinson to veto the measure.

“Today’s passage of HB1228 threatens to undermine the spirit of inclusion present throughout the state of Arkansas and does not reflect the values we proudly uphold,” Doug McMillon, CEO of the Arkansas-based retailer, said in a statement. “For these reasons, we are asking Governor Hutchinson to veto this legislation.”

HB1228, which the Republican Governor said Monday he intends to sign, is similar to a law signed by Indiana Gov. Mike Pence last week that has received fierce backlash by critics who say it will allow state-sponsored discrimination against the LGBT community.

Walmart, the No. 1 Fortune 500 company, joins a list of high-profile figures and institutions, including Apple CEO Tim Cook, who have discouraged Hutchinson from signing the bill.

Read next: The Debate Over What Indiana’s Religious Freedom Act Is Really About 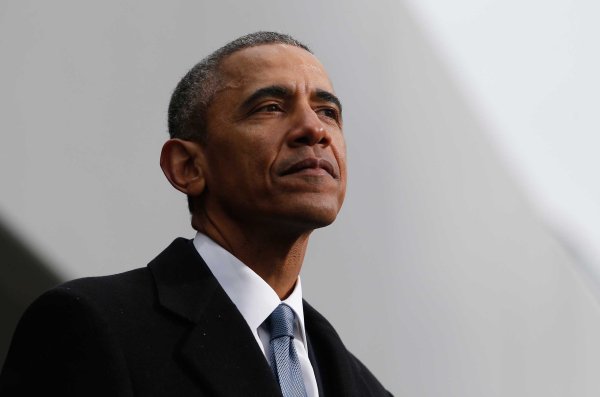 Obama Grants Early Release From Prison to 22 Drug Offenders
Next Up: Editor's Pick