President Obama on Tuesday lifted his nearly two-year ban on shipping American weapons to Egypt, a restriction imposed after its military kicked out its elected government in 2013.

Obama relayed news of the move in a telephone call to Egyptian President (and former Army general) Abdul Fattah al-Sisi. It will allow for the shipment of 12 F-16 aircraft, 20 Harpoon missiles and up to 125 M-1 Abrams tank upgrades. The White House added that the Administration will continue to ask Congress to approve $1.3 billion in annual military aid to Egypt.

The resumption of arms shipments to Egypt is in keeping with the growth of U.S. arms sales abroad. Major American weapons exports grew by 23% between 2005-2009 and 2010-2014, the Stockholm International Peace Research Institute (SIPRI) said on March 16. “The USA has long seen arms exports as a major foreign policy and security tool,” Aude Fleurant, of SIPRI, said when the group released its annual arms-sales accounting. “But in recent years exports are increasingly needed to help the U.S. arms industry maintain production levels at a time of decreasing U.S. military expenditure.”

The White House announcement wasn’t only about weapons. “President Obama also reiterated U.S. concerns about Egypt’s continued imprisonment of non-violent activists and mass trials,” it said in a statement. And, as the Administration drafts proposed legislation to resume military aid to Egypt, it “will not make the so-called ‘democracy certification’ in that legislation,” National Security Council spokeswoman Bernadette Meehan said.

All this is what diplomats call a return to the status quo ante—the way things were before. Obama is eager to defeat the militants of Islamic State of Iraq and Greater Syria, defeat Islamic fundamentalist uprisings in Libya and Yemen and tamp down Iran’s ambitions—nuclear and otherwise. If he, and the U.S. government, have to cozy up to coup-plotters to achieve that goal, that’s realpolitik.

Cairo has recently suggested it may send ground troops into Yemen to bolster air strikes being carried out there by Saudi Arabia against the Iranian-backed Houthis rebels. Obama is now willing to resume the arms flow to Egypt in hopes of improving relations between the two nations as they join with other countries in a bid to restore stability to the war-racked region.

After nearly 40 years of such aid, the record is not reassuring. “Since the 1979 Israeli-Egyptian Peace Treaty, the United States has provided Egypt with large amounts of military assistance,” the Congressional Research Service reported earlier this month. “U.S. policy makers have routinely justified aid to Egypt as an investment in regional stability, built primarily on long-running military cooperation and on sustaining the treaty—principles that are supposed to be mutually reinforcing.” 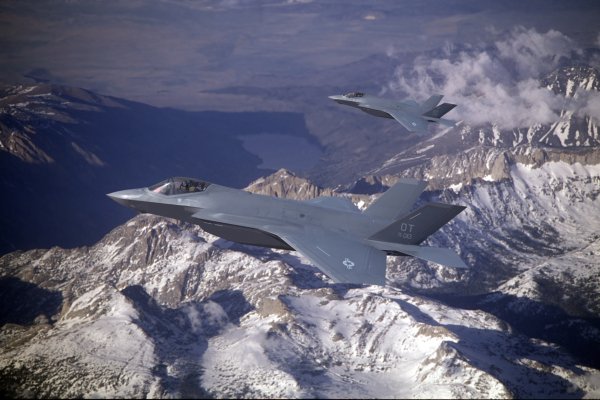 The Trick That Made the Pentagon a Fiscal Functioning Alcoholic
Next Up: Editor's Pick