The Unsettling Legend Behind the Broken Marriage in Effie Gray

When Euphemia Gray married John Ruskin in 1848, she likely saw him as a wonderful match: nine years her senior, he was wealthy and already a well-respected art critic. But as we learn in the biopic Effie Gray, in theaters Friday, the union was far from ideal.

Ruskin was one of the most prominent thinkers of his day, an expert on painters like J.M.W. Turner and the pre-Raphaelites and a dabbler in countless other subjects. Effie became known simply for her union with him—and later, for its ugly unraveling. The resulting publicity inspired plays, films, television series and even an opera. This most recent movie stars Dakota Fanning as Effie and Greg Wise as Ruskin. His real-life wife, Emma Thompson, wrote the screenplay and plays a role as a friend to Effie. Tom Sturridge rounds out the love triangle as a protegé of Ruskin’s, the painter John Everett Millais.

Ruskin was reluctant to consummate the marriage at first, telling his young bride that she was not ready for childbirth and that having a baby would inhibit their travel plans. But six years later, Effie was still a virgin. Frustrated, she pressed her husband to tell her the truth, and finally he explained. She wrote about the exchange in a letter:

Historians have interpreted Ruskin’s revulsion along different lines—perhaps she had body odor, or was menstruating on their wedding night. We’ll probably never know the real reason, but the most fascinating is probably the theory put forth by Mary Lutyens: That Ruskin, being so accustomed to the sleek female forms in classical paintings and sculptures, had no idea that women had pubic hair, and was horrified to find it on Effie’s body.

The legend may well be apocryphal, but in the age of Brazilian waxes, its endurance speaks to an anxiety feminists have been battling for decades. Thanks to artistic depictions, from Titian’s canvases to Vogue’s spreads, women can never live up to expectations of physical beauty.

Fortunately for modern women, a marital problem like Effie’s is unfathomable. And fortunately for Effie herself, the story had a happy ending: she secured an annulment after proving her husband had never consummated their union, and went on to marry the artist John Everett Millais. He apparently found no issue with her “person”—together, they had eight children. 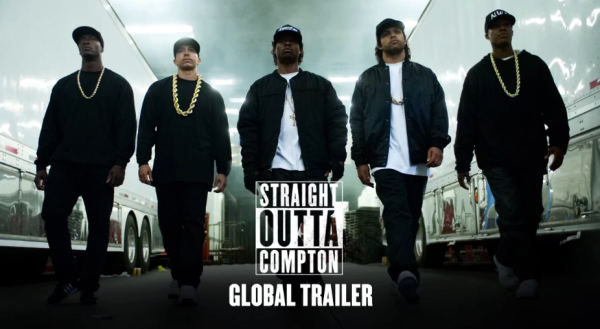 Watch the New Trailer for Straight Outta Compton
Next Up: Editor's Pick