NASCAR says it is disappointed by the passage of Indiana’s Religious Freedom Restoration Act, which critics say could be used to discriminate against gay people.

“We will not embrace nor participate in exclusion or intolerance,” NASCAR said in a statement issued to NBC Sports. “We are committed to diversity and inclusion within our sport and therefore will continue to welcome all competitors and fans at our events in the state of Indiana and anywhere else we race.”

The law, which backers say is supposed to ensure religious freedom for people in the state, has come under fire from both gay rights advocates who feel it could be used to deny service to gay people and corporations who fear the law could hurt businesses in Indiana if the state gains an anti-gay stigma. Other sports organizations, such as the NCAA, have also expressed concern over the new law, as have prominent businesspeople such as Apple CEO Tim Cook.

At a Tuesday press conference Indiana Governor Mike Pence said he would push lawmakers to amend the law so that it explicitly states that businesses can’t use it to discriminate against anyone. 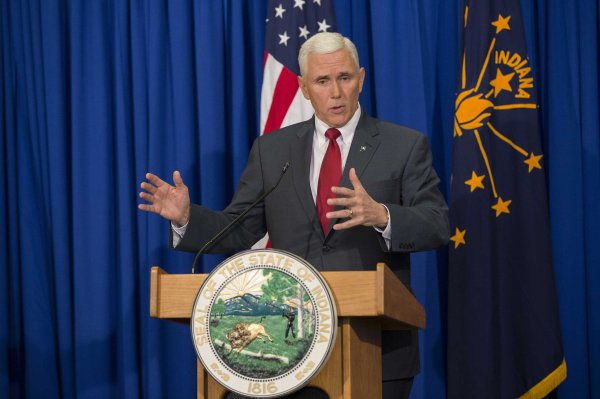