A Special Forces Officer Teaches You 5 Secrets to Overcoming Adversity

Life can be really difficult sometimes. We all deal with it. But how do top performers overcome challenges? And what can we learn from them? I figured I’d call an expert.

So I called Mike Kenny. Mike’s a Special Forces Lieutenant Colonel with 22 years of service under his belt. For most of his career he was an 18 Alpha (Special Forces Officer) and is currently the Special Operations Forces liaison to the School of Advanced Military Studies.

Most of what you may think you know about Special Forces is wrong. You might be imagining summer movies and gun battles. But a lot of what they deal with isn’t all that much different from some of the challenges you face.

SEALs and Rangers specialize in “direct action” and “special reconnaissance.” Meanwhile, Special Forces is focused on “foreign internal defense” and “unconventional warfare.” That means preventing or assisting an insurgency. So, plain and simple, SF guys need a lot of people skills.

They’re good behind the gun, no doubt, but they spend a lot of their time working with people — and usually people who don’t speak their language and don’t share a common culture. Which means they face a lot of problems that you can’t just shoot or blow up.

Here’s what you can learn from Special Forces training about overcoming adversity.

We often wait until the hurricane hits us to think about how we’re going to cope with it. Special Forces, on the other hand, is very big on preparing.

Via Masters of Chaos: The Secret History of the Special Forces:

Many of the benefits that come from preparation are obvious. Nobody thinks preparing is bad. But Mike pointed out something that isn’t so readily apparent.

Not only does preparation get all your ducks in a row but prep changes your attitude. You’re more confident and this creates an upward spiral that improves performance. Here’s Mike:

When you do blood tests on soldiers during a challenging task, what do you find? The level of stress hormones in their bodies doesn’t match the difficulty of the task, it matches their perception of the difficulty.

Via Maximum Brainpower: Challenging the Brain for Health and Wisdom:

And what’s the best way to prepare? Make your training as close to the real thing as possible. Here’s Mike:

(For more on how Special Forces and other elites make themselves fearless, click here.)

So preparation is pretty straightforward. But Special Forces is also big on something you probably never expected to hear from a military unit…

When we think about the military we think following orders, not creativity. But that changes when you’re talking about Special Forces.

A small independent unit can’t always rely on a division of tanks backing them up. They’ll have many problems they need to solve quickly, in the field, with little or no support. So resourcefulness is vital.

The army calls this type of creativity “disciplined initiative.” It’s not wild and crazy risk-taking, but it definitely looks outside the conventional for how to solve difficult problems. Here’s Mike:

But how does creativity allow Davids like small Special Forces units to overcome Goliaths like bigger groups of enemy soldiers? The key is what’s called “relative superiority.”

(For more on the four principles that will lead you to breakthrough creativity, click here.)

So SF is not just gung-ho testosterone. And that means they know how to deal with people.

Author Dick Couch, who followed a class of Special Forces cadets through training put it bluntly: Special Forces needs to know how to shoot people and make friends with people.

That separates them from most of the other special operations groups like SEALs and Rangers who are more focused on “direct action” missions.

And this isn’t the kind of negotiation that involves the barrel of a gun. SF needs to empathize just like FBI hostage negotiators. Plain and simple, they need to get along with people and cut a good deal. Here’s Mike:

Collaboration and negotiation are so critical because SF works with and through others. And what are they doing most of the time with partners? Teaching.

Want to truly be the best? Want to be an expert? It’s one thing to be able to do but it’s another level to be able to do and teach it to others. That’s when you really understand something.

A fundamental concept to all SF soldiers is that they are teachers. Here’s Mike:

And your ability to teach well is always limited by how much you actually know. So Special Forces are always looking to improve themselves. Here’s Mike:

How good do they need to be? A good example is the “pile test.” To qualify as an 18 Bravo (a Special Forces weapons expert) they dump a huge pile of weapon parts in front of you. You have a limited amount of time to assemble them all into nine guns.

Via Masters of Chaos: The Secret History of the Special Forces:

(For more on the science of being the best at anything, click here.)

This is a lot of stuff SF is working at. So how do they get it all done?

5) Be Motivated — And Then Make A Plan

Want to be in SF because it’s “cool”?

You’ll never make it. The guys who pass are the ones who have a deep-seated desire. The vetting is too punishing for anyone who isn’t 100% committed. Here’s Mike:

Of course, whenever someone talks about motivation they always say, “you have to want it.” But what’s that really mean to SF?

For them, motivation needs to translate into a plan for readiness. It’s not all talk. If your motivation doesn’t turn into a blueprint for how to handle things then it’s just cheerleading.

What conditioning will you need to pass SF training? The guys who make it are motivated to find out ahead of time. Then they do diagnostic runs to see where they’re at and what it will take for them to get there.

(For more on how you can motivate yourself, click here.)

Let’s round this up and learn the last critical factor for overcoming adversity like Special Forces.

Here’s what we can learn from Special Forces Officer Mike Kenny:

A lot of this sounds very serious. But in the preparation for every post about the various special operations units I’ve talked to, one thing comes up again and again that isn’t so serious: the power of humor.

The formal research backs them up. And in researching Special Forces, sure enough, I heard it again.

Work hard. Be diligent. But make sure to laugh along the way.

Join over 161,000 readers. Get a free weekly update via email here.

A Navy SEAL Explains 8 Secrets To Grit And Resilience

Read next: 3 Things the Greatest Generals of History Can Teach You About Strategy 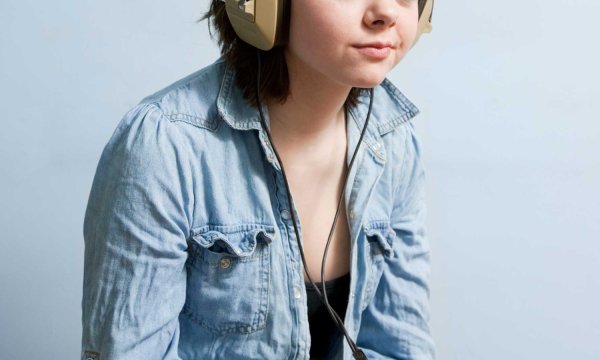 The One Thing Prisoners, Teens, and Retirees Have in Common
Next Up: Editor's Pick