After its splashy launch press conference yesterday, the primary argument for Tidal—the two-tiered music service recently purchased by Jay Z that costs either $9.99 or $19.99 per month—is that artists deserve more money for their work. It’s not necessarily a wrongheaded argument, but the manner in which Jay Z and his contemporaries have pressed the point is embarrassingly out-of-touch.

There are real, systemic problems with current streaming services like Spotify, which stream music for free to listeners and distribute to artists a paltry fee drawn from advertising. That’s why Taylor Swift withdrew her hugely profitable catalog from the service last year. The argument Swift has been making is that music has inherent value; from her statements regarding Spotify to her op-ed in the Wall Street Journal, it’s a point she’s consistently made well. The argument Jay Z and his fellow stars at the Tidal launch (including Nicki Minaj, Madonna, and Beyoncé) are making is that they deserve to set the price point for their music. The supporting evidence for this claim? They want to set the price point for their music.

The rhetoric around Tidal was pretty funny, when it wasn’t embarrassing. A promotional video showed various celebrities gathering to discuss their master plan as Beyoncé, who would seem to know better, said “Every great movement started with a group of people being able to get together and really just make a stand.” From Seneca Falls, to Selma, to Stonewall, to Los Angeles, where a bunch of celebrities demanded that their fans give them more money—this country has such a rich history of protest movements.

Jokes aside, the celebrities at the Tidal launch press conference did a remarkably poor job of elucidating why the consumer accustomed to getting music for free should begin paying for it. In the age of Spotify, it is entirely legal to listen to music constantly and never spend money on it. Countering that fact with the moral claim that celebrities would prefer if you didn’t stream music for free only makes sense if you believe celebrities should get everything they want, one hundred percent of the time.

As for the rhetoric in the press conference that music is special and has a unique place in our culture: Music fans agree! That’s why they listen to music often, on services that provide that music for free. But rather than building a better system, Jay Z and friends have, so far, put their energy behind a product that’s more or less the same as Spotify, but more expensive. A product this pointless could, maybe, be sold as a charity case by artists who depend on every penny of fan support. But Jay Z, a rapper who wastes no opportunity to brag, on his records, about his business acumen, is not that figure. Based on the optics of the Tidal launch, his business acumen may have failed him this time.

Read next: This Is What Computers Look Like Now and That’s Just Awesome 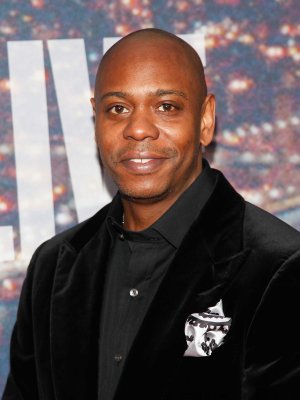 Man Arrested For Throwing Banana Peel at Dave Chappelle
Next Up: Editor's Pick