Ideas
By Ayaan Hirsi Ali
Ayaan Hirsi Ali is the founder of the AHA Foundation and the author of Infidel, Nomad, and the new book Heretic: The Case for a Muslim Reformation.

Since the massacre at the offices of the French satirical magazine Charlie Hebdo in January, the U.S. media has understandably devoted attention to the problem of radical Islam in Europe. The fact has been widely reported that thousands of European Union citizens have traveled to Iraq and Syria to join the self-styled Islamic State. Almost as much coverage has been given to stories of French Jews emigrating to Israel. And there have been numerous articles about Michel Houellebecq’s diabolically timed novel Soumission, which imagines France in 2022 with a Muslim president introducing sharia law and being fawned over by the Parisian establishment.

The implication of many of these articles is: “How utterly terrifying. Thank heavens it couldn’t happen here.”

True, there are no American equivalents of the alarmist books about Europe with titles like Eurabia or Londonistan. Apparently it is not quite time to warn about the “United States of Sharia” or “Michiganistan.” But are we underestimating the speed with which this country could develop substantial and influential populations of Islamic extremists? A growing, if still small number of cases like that of Abdi Nur — the 20-year-old student who left south Minneapolis to join IS last year — suggests we may be.

Mainly as a result of postwar migrations, there are now more than 20 million Muslims living in the European Union. In France – where accurate census data on religious affiliation are not collected – the Muslim share of the population is now estimated at between 7 and 8 percent. That is an order of magnitude larger than the current Muslim share of the U.S. population.

Yet, as the European experience shows, demographic change can happen rapidly, as a consequence of migration patterns, differentials in birth rates and – in the case of religious affiliation – rates of conversion and apostasy. In 1990 Europe (the whole continent minus Russia) had a Muslim population of 16 million. It had nearly doubled by 2010. It will be 40 million by 2030.

According to estimates by the Pew Research Center, the Muslim population of the United States is set to increase from around 2.6 million today to 6.2 million in 2030, mainly as a result of immigration, as well as above-average birth rates. Although in relative terms this will still represent less than 2 percent of the total U.S. population (1.7 percent, to be precise, compared with around 0.8 percent today), in absolute terms that will be a larger population than in any West European country except France. Between now and 2030, the Muslim population of the United States will be growing faster than that of any EU member state (with two exceptions where the absolute numbers are tiny: Ireland and Finland). The annual growth rate will be more than double that of France.

As an immigrant of Somali origin, I have no objection to other people coming to America to seek a better life for themselves and their families. My concern is with the attitudes many of these new Muslim Americans will bring with them – and with our capacity for changing those attitudes.

Approximately two fifths of Muslim immigrants between now and 2030 will be from just three countries: Pakistan, Bangladesh, and Iraq. Another Pew study – of opinion in the Muslim world – shows just how many people in these countries hold views that most Americans would regard as extreme. (Data on opinion are unavailable for the other two big “sender” countries, Somalia and Iran.)

People with views such as these pose a threat to us all, not because those who hold them will all turn to terrorism. Most will not. But such attitudes imply a readiness to turn a blind eye to the use of violence and intimidation tactics against, say, apostates and dissidents – and a clear aversion to the hard-won achievements of Western feminists and campaigners for minority rights.

Of course, “it” might still not happen here if the United States is as successful at turning these immigrants into an assimilated, “hyphenated” community as it was a century or so ago when the immigrants were Irish, Italian and Jewish. But will the melting pot work its magic this time? Ten years ago, the late Samuel Huntington feared that it already had ceased to function, citing what he saw as problems of assimilation with Mexican immigrants. If he were still with us, I suspect he would be a lot more worried about what is happening in Muslim America.

According to a detailed survey of Muslim Americans, about 8% of those surveyed said that suicide bombing and other violence is often or sometimes justified to defend Islam from its enemies. Indeed, more than a fifth of Muslim Americans say there is a great deal or a fair amount of support for extremism in the Muslim American community. About 20% say that Muslim Americans want to remain “distinct from the larger American society.” Indeed, half say they think of themselves first as a Muslim, second as American, despite the fact that 81% of those polled were U.S. citizens.

Finally, there is a singular feature of American life that, for historical reasons, is not a factor in Europe: the high rate of conversions to Islam among African-Americans. Nearly a quarter (23%) of all Muslim Americans are in fact converts, many of them — just under two thirds according to Ihsan Bagby, a professor of Islamic Studies at the University of Kentucky — African-Americans.

It has been more than fifty years since the heavyweight boxing champion of the world, Cassius Clay, astounded his audience by changing his name to Muhammad Ali and joining the Nation of Islam. Today, more and more African-Americans are following his example, though their route to Islam is a different one.

According to J. Michael Waller of the Institute of World Politics, Muslim inmates comprised between 17 and 20% of the U.S. prison population in 2003, but most of them arrived in jail as non-Muslims. According to his research, 80% of prisoners who “find faith” while behind bars convert to Islam.

Last month, I was dismayed to learn that Fouad al-Bayly, the Egyptian-born imam of the Islamic Center of Johnstown, PA — who in 2007 said that I deserved to die for “defaming” Islam — has been paid thousands of dollars by the Department of Justice to offer religious instruction to inmates in prisons. The European experience shows that radicalization is a serious problem, one that we ignore at our peril.

Who, then, can help build a better future for assimilation of Muslims in America? In 2011, when Pew conducted its detailed study of American Muslims, nearly half of American Muslims (48%) surveyed said that Muslim leaders in the United States had not done enough to speak out against Islamic extremists; only about a third (34%) said that Muslim leaders had done enough in challenging extremists. It is these Muslims — dissident Muslims, disenchanted with the current “official” leadership of the American Islamic community, concerned about illiberal views held in their community — in whom I place my hopes for a better future. Such dissident Muslims include Asra Nomani, Zuhdi Jasser and Irshad Manji, all reformist Muslims who have clashed with “official” Islamic groups to reform Islam and grant greater equality to women. The reformers can help build a future of successful assimilation. But they cannot achieve it alone.

U.S. officials urgently need to choose better partners in the Muslim-American community — not the likes of Fouad al-Bayly. The assumption that Europe’s problem of failed assimilation “couldn’t happen here” just because American assimilation worked well in the past is much too complacent.

Ayaan Hirsi Ali’s new book, Heretic: Why Islam Needs a Reformation Now, comes out this week. She is a Fellow of the Future of Diplomacy Project at the Harvard Kennedy School of Government, a Visiting Fellow of the American Enterprise Institute, and the founder of the AHA Foundation. 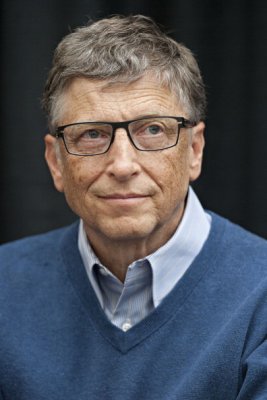 6 Books Bill Gates Recommended for TED 2015
Next Up: Editor's Pick