Kareem Abdul-Jabbar: Indiana Is on the Wrong Side of History

Demonstrators gathered at the Indiana State Capital to protest the Religious Freedom Restoration Act in Indianapolis on March 28, 2015.
Nate Chute—Reuters
Ideas
By Kareem Abdul-Jabbar
Abdul-Jabbar is a six-time NBA champion and league Most Valuable Player. He is the author of the new book, Writings on the Wall.

In the 1987 movie Moonstruck, Nicolas Cage plays a contentious man who, when confronted with his unreasonable and unjust behavior, shouts in defense, “I ain’t no freakin’ monument to justice!” That line echoes in my head when I think about Indiana’s hypocritical and anti-American Religious Freedom Restoration Act (RFRA). At its core, rather than being a monument to justice, RFRA is a step toward establishing an American version of Shari’a law.

I know that sounds hyperbolic, in the tradition of, “If Obama is re-elected, the terrorists have won” or “If the pipeline isn’t approved, you’re Nazis because Hitler once nixed a pipeline.” However, in this case, the comparison is not so crazy. Shari’a law, when imposed on a population by force, makes a single religion’s teachings (often a single sect of that religion’s teachings) the law of the land. The mission is to force everyone to follow the teachings lest they be punished. Although RFRA supporters aren’t physically assaulting people, they certainly are attempting to punish those who don’t follow their own very specific interpretation of God’s teachings.

The U.S. Constitution is one of the greatest documents ever written because it has a clearly articulated mission of creating a country in which all people are given equal opportunity and equal protection in order to seek those opportunities. Simple, but sublime. One major component to the spirit of the Constitution is that we don’t promote any single religion above any other. To favor any religious teaching just based on popularity contradicts the spirit of the mission of the Constitution and is as direct an attack on the principles of this country as was the firing on Fort Sumter.

Indiana’s RFRA is also unfairly tarnishing the image of Christians. Christians have been at the forefront of fighting for equality since this country was founded. They were on the front lines of abolition, the Civil Rights movement, and in expanding LGBT rights. They risked their careers, families, and lives. Refusing service isn’t an expression of Christian love, but an example of shaming. Jesus’s Sermon on the Mount is a revocation of some of the harsher judgments of the Old Testament (“an eye for an eye”) in order to embrace all people as fellow travelers on the path to salvation. While most Christians want to help people along that path, Indiana’s RFRA supporters want to set up road blocks.

Indiana is roughly 80% Christian, so whom exactly is this law protecting? What religion is being “restored”? Practitioners of Christianity in Indiana are not in jeopardy of losing their right to worship or practice their faith. That means the only reason to pass such a law is to allow people to extend the practice of their faith to include discriminating against those who don’t share their values. That’s the kind of thinking that drove Christians out of Europe to found this country.

Some question why all the attention is suddenly on Indiana when 19 other states and the federal government have passed similar laws. Here’s why: (1) RFRA is similar to the other laws but has two fundamental differences. Indiana’s law allows for-profit businesses the same right as an individual or church to use this law to discriminate. And it protects the for-profit business from a private lawsuit claiming discrimination. (2) Just because someone else gets away with committing a bad act doesn’t mean we don’t punish the next person we catch. (3) The law is clearly a pouty response to gay marriage in the state; it’s an attempt to tell government not to interfere in private moral choices by passing a law that interferes in private moral choices. (4) It’s also clearly a thumbed-nose toward the cultural awakening taking place across the country in support of LGBT equality.

Finally, the main reason the bill’s supporters deserve this wrath is because they passed RFRA as a cynical political ploy to appease Indiana conservatives. Scrambling Indiana politicians suddenly protest that the law’s intention is not to discriminate. In fact, that’s its only reason to exist. Even if no one actually uses the law, it’s still a loaded weapon with one intended victim: Anyone Who Isn’t Us.

The politicians thought it would cost them nothing and gain them voter appreciation. Fortunately, it is costing them much more than they imagined. Angie’s List, Salesforce, the state of Connecticut, the cities of San Francisco and Seattle, and others are threatening to cancel buildings, conventions, and other business enterprises in Indiana. Also, the NBA and NCAA are debating how to express their outrage. Charles Barkley rightly called for the NCAA Final Four tournament to be held elsewhere.

People of all religions and races and ethnic backgrounds should join together to condemn this law and boycott the state because whenever we allow any discrimination, we make it possible for the infection to spread.

Maybe as a result of this economic pressure, Indiana lawmakers, like Nic Cage’s character, will proclaim, “You ruined my life!” To which we respond with the same words as Cher’s character: “That’s impossible! It was ruined when I got here!” 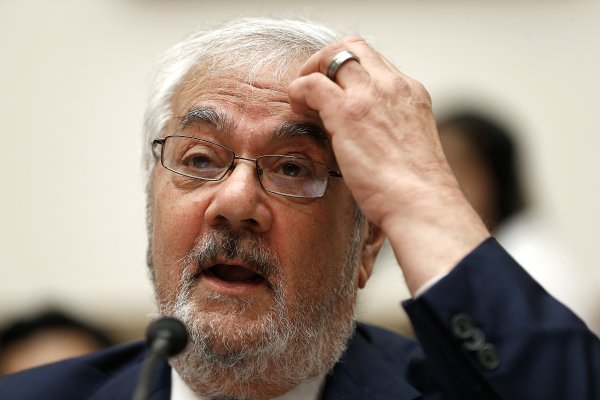