Heartbreaking Photo of Syrian Refugee All Too Real, Photojournalist Confirms

The photojournalist who captured a striking image of a 4-year-old Syrian refugee holding her hands in the air to surrender has confirmed that the viral image was not staged, and that the expression of fear on the girl’s face is all too real.

The image was retweeted more than 11,000 times, according to BBC News, which tracked down the original photographer after questions surfaced about its authenticity.

Osman Sağırlı, a Turkish photojournalist, told the BBC that he was photographing child refugees in the Atmeh refugee camp in Syria last year when the 4-year-old girl in the picture apparently mistook his camera lens for a weapon.

“I realised she was terrified after I took it,” Sağırlı told the BBC, “and looked at the picture, because she bit her lips and raised her hands.”

“Normally kids run away, hide their faces or smile when they see a camera,” he said. 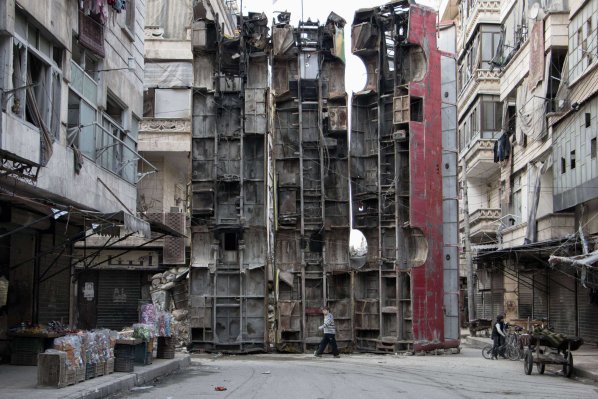 This Is the Surprising Way Some Syrians Are Protecting Themselves From Snipers
Next Up: Editor's Pick