NBC's Next Musical Will Be The Wiz

NBC is off to see the wizard for its next musical.

The network announced today that it will follow up its live productions of Peter Pan and The Sound of Music with a live production of The Wiz on Dec. 3.

Craig Zadan and Neil Meron – who most recently produced the Oscars – will oversee the production, along with Cirque du Soleil. After the telecast, Cirque du Soleil will present The Wiz as a Broadway revival for the 2016-17 season.

Director Kenny Leon will stage the TV production and Broadway revival with Tony winner Harvey Fierstein, who will create new material for the production, which is a retelling of The Wizard of Oz featuring an ethnically diverse cast.

“We love this yearly tradition and we’re more excited than ever to not only bring another Broadway musical to America’s living rooms, but also see it land on Broadway as well,” said NBC Entertainment topper Bob Greenblatt.

“It’s a natural next step for our live musical events and we’re so pleased to be in business with this award-winning creative team … Cirque’s incredible imagination will help bring the fantasy world of Oz vividly to life and give this great show a modern spin on the age-old story we all love.”

The Wiz is adapted from The Wonderful Wizard of Oz by L. Frank Baum, with a book by William F. Brown, and music and lyrics by Charlie Smalls. The production opened on Broadway in 1975 at the Majestic Theatre and won seven Tonys, including best musical.

In January, NBC announced that it acquired the licensing rights to The Wizand The Music Man. 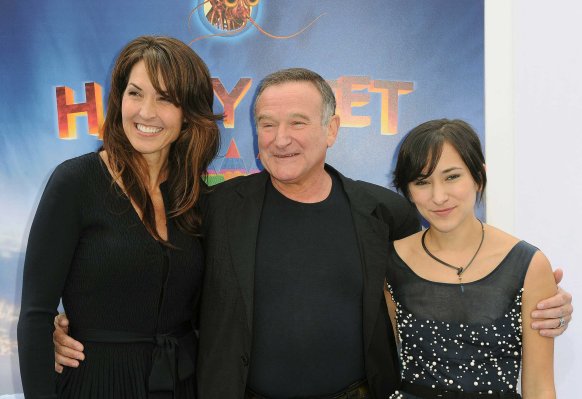 Robin Williams's Widow and Children Agree to Mediation in Estate Fight
Next Up: Editor's Pick