The legal battle between Robin Williams‘s widow and his children appears to be nearing a peaceful conclusion.

Attorneys for Williams’s widow, Susan Schneider, and his three children from previous marriages, squared off in probate court in San Francisco on Monday and agreed to private mediation, hoping to settle a dispute regarding the contents of his estate.

Schneider and Williams’s children — Zachary, Zelda and Cody — have disagreed over who can claim certain the contents of the couple’s Tiburon, California, home.

During the hearing, which lasted less than 40 minutes, both sides agreed to meet informally in the next two weeks to arrange a pick-up of various items at the Williams’s home and to have a private mediation before late April.

Both Schneider and the children were eager to end the stand-off and to keep their personal information out of the public spotlight.

Andrew Bassak, attorney for Williams’s children, told PEOPLE after the court hearing, “We didn’t want any publicity.” Jim Wagstaffe, Schneider’s attorney agreed, saying, “The trustees and the children do not want this to become public. We are interested in getting it resolved as quickly as possible.”

“I think we can have all the undisputed items picked up in the next two weeks,” Wagstaffe said, adding, “We could probably do it as early as today.”

He claimed, “[Schneider and the children] will meet in good faith within the next two weeks,” and said “a large percentage of these items are not disputed.”

Wagstaffe told the court that his client would like to keep her wedding presents, the tux Williams wore to the wedding and photographs from his 60th birthday in 2011.

However, Bassak appeared less optimistic that the dispute could be settled so quickly.

“I don’t know and I can’t speculate,” Bassak told PEOPLE when asked if he agreed with Wagstaffe’s timeline, adding, “There is still a lot to be worked out.” 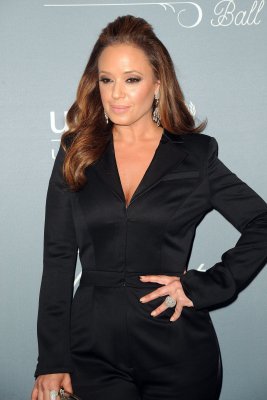 Leah Remini Thanks HBO Filmmakers for Scientology Documentary
Next Up: Editor's Pick