The Future of Education According to Generation Z

This isn’t his mother’s first-grade class. My son is 7 years old and attends a public school in Oak Park, Ill., just outside Chicago. He reads ahead of most of his classmates, so he accesses a specialized online curriculum instead of the standard printed book. He uses a mobile device to compete in math games with kids all over the world. Much of his homework involves picking a subject he’s interested in, investigating it on his own and then reporting back in a classroom discussion.

Although my son’s college education will likely be unrecognizable, we can speculate about changes that will take place over the next 10 to 15 years. The two main trends rapidly picking up steam are online learning and vocational training.

In recent years, we’ve witnessed the rise of massive open online courses (MOOCs), which are online classes aimed at unlimited participation and open access via the web. MOOCs consist of a variety of materials, from video lectures and assigned readings to quizzes and interactive user forums for instructors, students and teaching assistants. The current technology, however, requires some tweaks.

“MOOCs are not working that well because people only take one class at a time and then don’t finish it because it isn’t compelling,” says Erica Orange, executive vice president of New York business consultancy The Future Hunters and a member of DeVry University’s Career Advisory Board. “The next generation of MOOCs will be sensorily immersive, leveraging virtual reality to put students in the world they’re studying. Instead of having to memorize facts about the Civil War, for example, a student in a future MOOC will be on the battlefield.”

New modes of online learning will cater more effectively to Generation Z — or those students born after the mid 1990s. “The oldest Gen Z-ers have been forced into an industrial model of school, and we are seeing all these attention problems,” Orange says. “Their brains are wired differently and actually function better with input from a variety of sources.”

As we approach mid-century, proof of education will be more about the skills you’ve acquired rather than the degree you have. “The costs of traditional college keep increasing, so many will price out and take a technological shortcut,” Orange says.

Vocational training has gotten a bad rap for decades, but it’s on the verge of a major makeover. “We’re now calling it competency-based education, which focuses on the mastery of work-related skills rather than command of a particular academic discipline,” Orange says. She cites the examples of coding boot camps devoted to fast-tracking software developers, as well as longer programs including P-Tech, IBM’s six-year vocational high school where students zero in on essential STEM skills and leave with an associate’s degree and a priority path to an IBM position.

Venture capitalists and successful entrepreneurs are getting in on the action too, providing mentorship and funding for young people’s promising business ideas. “Paypal co-founder and serial entrepreneur Peter Thiel is at the forefront of these educational incubators,” Orange says. “In 2010, he created the Thiel Fellowship, awarding $100,000 to 20 people under 20 years old in order to spur them to drop out of college and create their own ventures. The Thiel Foundation then launched Breakout Labs, a grantmaking program that funds radical and innovative scientific research.”

In the late 20th century, jobs without a future were disparagingly called “blue collar.” This economy, though, needs actual human bodies to do the jobs that machines can’t yet master. For this reason, Orange says, wage growth is accelerating in industries such as manufacturing, mining, logging and transport, and the unemployment rate for high-school graduates is falling faster than for college graduates.

If you talk to teenage Generation Z-ers, you hear that most intend to attend traditional college, but it’s as much (if not more) for the social benefits and networking connections as it is for the skills. Many know what they want to do and already have the means to do it. I wonder if things will come full circle, and like his great-grandfather, my son will choose and train for his first career by the time he’s 16.

Write to Alexandra Levit at alexandra.levit@gmail.com. 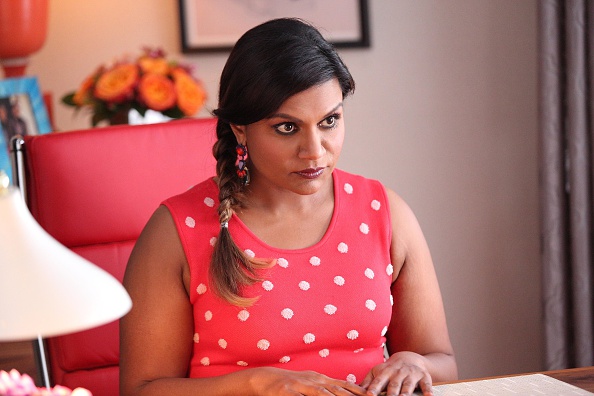 Mindy Kaling's Brother Claims He Pretended to Be Black to Get Into Med School
Next Up: Editor's Pick