How to Surgically Reduce Health-Care Costs

Dr. Marty Makary is a surgeon at Johns Hopkins Hospital and author of “Unaccountable: What Hospitals Won’t Tell You and How Transparency Can Revolutionize Health Care."

President Barack Obama’s Precision Medicine Initiative, a new research effort designed to promote personalized care over the traditional one-size-fits-all approach, is laudable but flawed. By essentially ignoring surgery — the single biggest physiologic stressor and highest-priced item in health care – the president’s initiative misses one of the best opportunities the health-care system has to improve the quality of care and reduce costs: making greater use of minimally invasive surgery.

That’s at the heart of the findings of a new analysis of surgical outcomes nationwide that found that the wider use of minimally invasive surgery, where appropriate, reduces postoperative complications in patients who undergo those procedures.

My colleagues and I at the Johns Hopkins University School of Medicine who conducted the analysis estimate that use of the surgery could cut hundreds of millions of dollars from the nation’s health-care bill by reducing expensive complications, shortening hospital stays, and reducing readmissions. That would seem to be a win-win — and an easy one at that — for patients, hospitals, insurers, taxpayers, and other stakeholders in the U.S. health-care system.

Our analysis examined more than 80,000 surgical cases from the National Inpatient Sample database and looked specifically at cases where patients underwent an appendectomy, a partial colectomy (removal of the colon), or lung lobectomy (removal of one of the lobes of a lung), procedures that can be performed either by standard “open” surgery or with the minimally invasive method. We excluded those cases with certain complicating circumstances that weighed in favor of traditional surgery.

We looked for seven possible postoperative complications, and, as expected, found they occurred much less frequently in minimally invasive operations, in other words, those performed via laparoscopy, with tiny “keyhole” incisions and a fiber-optic camera, as compared with standard “open the patient up” procedures. The latter often involves a 15-20 inch incision cutting through larger areas of tissue to access the organs, creating more risk for infection and other complications, not to mention a prolonged recovery.

We compared the actual cost, including complications, for each patient who underwent traditional surgery versus the cost for the same patient to undergo the minimally invasive procedure. We also compared potential cost savings that could be realized under two hypothetical scenarios.

In one scenario, we estimated that if all U.S. hospitals increased by 50 percent the number of minimally invasive procedures, they could avert nearly 3,600 complications, cut hospital stays by 144,863 patient days, and save $288 million annually. In the other scenario, if hospitals performing the fewest proportion of minimally invasive operations raised their rates to those of the national average of the top-third hospitals performing minimally invasive surgery, we estimated potential savings could total $337 million annually, along with more than 4,300 fewer complications and 169,819 fewer hospital patient days.

Our findings suggest minimally invasive surgery, done on the right patients, represents an under-recognized opportunity not only for cost savings, but also for improving quality in American health care, reducing the very real pain and suffering associated with surgical complications. With health insurance deductibles sky-rocketing to manage the price tag of medical care in America, we should better steward interventions, like minimally invasive surgery, that reduce medication use and disability.

These findings build on those of an earlier study my colleagues and I conducted that found, to our surprise, that patients undergoing common surgical procedures that could be performed either by traditional surgery or via laparoscopy are all too often not offered the latter option. We released those findings last July.

The decision on whether to perform an open surgery versus a minimally invasive procedure should be made according to each patient’s specific case and overall health, among other factors. Minimally invasive methods are not always the optimal surgical approach, and some patients are not suitable candidates. But true precision care understands the difference, and provides each patient with the best option for his or her unique needs.

The Hopkins study results make a very strong case that lower-complication surgery is woefully underutilized and, at a minimum, ought to be offered to patients more often. The implications for reducing health complications and saving money are clear. Improving how we deliver our nation’s best surgical care should rank as a top priority for America’s Precision Medicine Initiative. 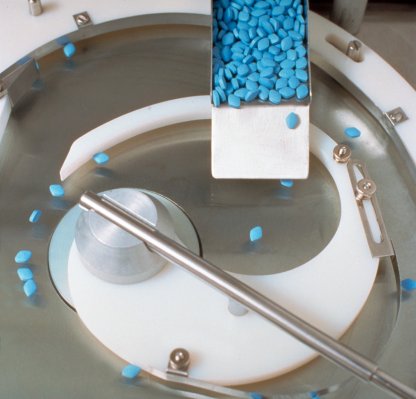 What Experts Got Wrong About Viagra
Next Up: Editor's Pick