Raffaele Sollecito talks to the media during a press conference in Rome, March 30, 2015.
Andrew Medichin—AP
By Nolan Feeney

Raffaele Sollecito, the ex-boyfriend of Amanda Knox whose name was recently cleared by an Italian court in the 2007 death of Knox’s roommate, says he will “never be the same.”

“At times, I realize that I do not yet feel a complete sense of freedom,” the 31-year-old told PEOPLE. “I was trapped in this for so long that now I won’t be able to switch back to how my life was before. Part of me will never be the same. Part of me is destroyed.”

In a surprise ruling on Friday, the Italian Supreme Court reversed the sentencing of Sollecito and Knox, who were previously found guilty in the death of Meredith Kercher, a British student. The decision ended a nearly eight-year legal battle that included four years in prison, a successful appeal that was later overturned by the Supreme Court, a retrial and a second guilty verdict by another appellate court.

Another man whom forensic evidence linked to the crime scene, Rudy Guede, was convicted separately and is still in jail. 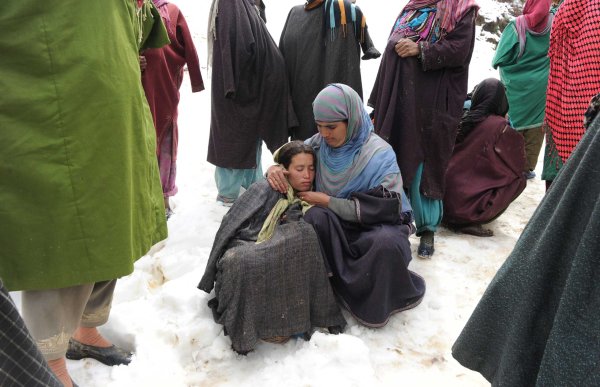 See the Aftermath of the Deadly Landslide in Kashmir
Next Up: Editor's Pick