This Country Is About to Offer Citizenship to 2.2 Million Jews

Spanish Foreign Minister Jose Manuel Garcia-Margallo (L) lays a wreath at the Hall of Remembrance on Jan. 14, 2015, during his visit to the Yad Vashem Holocaust Memorial museum in Jerusalem that commemorates the six million Jews killed by the Nazis during World War II.
Gali Tibbon—AFP/Getty Images
By Alistair Dawber/Madrid

Exactly 523 years ago on Tuesday, the Edict of Expulsion, which forced Spain’s Jewish community to convert to Catholicism or leave the country, was issued by monarchs Ferdinand and Isabella. It may have taken more than half a millennia, but Madrid is finally about to make amends for kicking out the Jews by offering citizenship to the estimated 2.2 million descendants of those expelled.

The Sephardic Ancestry Bill is expected to be approved in May by Spain’s upper house of parliament, the Senate. The bill is not expected to become law until the end of the year, but already, the Spanish embassy in Tel Aviv has been inundated by requests from those who are eager to get Spanish citizenship and the access to European Union countries it entails.

The Spanish government estimates that up to 90,000 people may apply, but it does not really know how many people may be able to prove that they have a blood relative who was forced to flee in 1492.

Spain had a Jewish population of 300,000 at the time of expulsion. It is not clear how many left but the migrants settled across the globe. As well as modern-day Israelis, Jews living in South America, North Africa and Turkey are expected to apply. Descendants of Spanish Jews include the 19th Century British Prime Minister Benjamin Disraeli and a host of artists, writers and scientists.

As people across the European continent grow more concerned about immigration, the move has not been universally popular in Spain and with about one in four Spaniards registered as unemployed, there is a fear that a new influx of immigrants may put more pressure on the job market.

Many Israeli Jews have already have second passports, mostly from European Union countries or the U.S. — an estimated 500,000 Israelis have German passports — allowing them to enter and work abroad more easily.

Spain’s justice minister, Alberto Ruiz-Gallardón, said that that bill was about addressing a historic aberration and that the expulsion was one of Spain’s, “most important historical errors. Now they [Jewish people] have an open door to become once again what they should have never stopped being — citizens of Spain.”

The Spanish government recently set out the conditions for those applying, which it hopes may limit the numbers. First applicants must prove they are Sephardic Jews — whose ancestors originated in Spain — by way of a certificate from a rabbi, and, more taxingly, prove some link to Spain, including what the opposition Socialists have described as an “integration” test. The government says the requirement includes a knowledge of Spanish or, vaguely, some sort of other connection to Spain.

The move by the Spanish government is not likely to prove universally popular in Israel either, which was established to provide a state for Jews. Israeli prime minister, Benjamin Netanyahu, was criticised in aftermath of the Charlie Hebdo attacks in Paris in January when he encouraged French and other European Jews to emigrate to Israel.

“Israel sees the bill as a piece of internal legislation in Spain; as Spain dealing with its dark past in terms of the tragedy of what happened when it kicked out the Jewish people, just because they were Jews,” says Hamutal Rogel Fuchs, a spokesman for the Israeli embassy in Madrid.

“But today, the Jewish people have a home — Israel. So we congratulate Spain for acting, but it is not a question of whether we are comfortable or uncomfortable. Israel sees the bill as a symbolic gesture that reinforces out relationship.”

Avi Mayer of the Jewish Agency in Jerusalem, which encourages Jews to move to Israel, says that he doubts many Sephardic Jews will swap Israel for Spain. “According to Israel’s Central Bureau of Statistics, emigration rates are at an all-time low and have been steadily declining for the past twenty years.

Rather than flee, large numbers of Jews converted to Catholicism rather than migrate. Last year, Natan Sharansky, the chairman of the Jewish Agency said that Israel must find away to find the descendants of Jews who converted and offer them citizenship of Israel.

Given that Israeli Gross Domestic Product is ahead of that in Spain, it is not likely to that hundreds of thousands of Jews will suddenly appear at Barajas airport in Madrid once the legislation is passed. And, as number of Muslim groups and academics have pointed out, both the Jews and Muslims were victims of Isabella and Ferdinand’s Spanish Inquisition, and so why are only the descendants of the Jewish victims now being offered reparation?

Read next: Iran’s Anti-Semitism Can’t Be Reasoned With 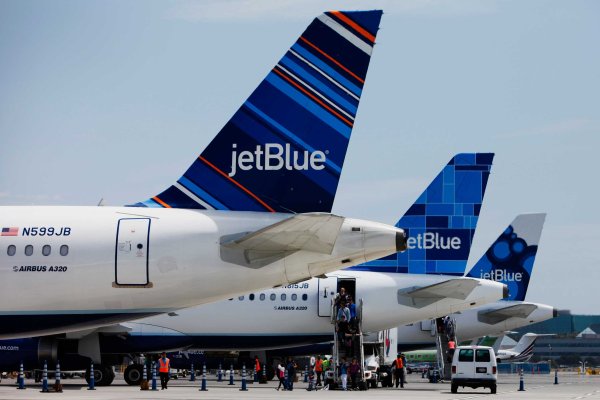 JetBlue Systems Back Online After Major Outage
Next Up: Editor's Pick