Getty Images
Ideas
By Tom Bunn
Captain Tom Bunn is a former pilot, licensed therapist, and founder of SOAR, a program that provides treatment for the fear of flying.

Though it has happened only once in recent years, once is all it takes to destroy trust. In aviation, we know failures are possible. Safety depends on always being prepared and having a backup system for anything that might go wrong during flight. Yet European airlines were not prepared for what happened on Germanwings Flight 9525.

In the United States, when a pilot needs to leave the cockpit, a flight attendant is called in. If the pilot at the controls were to disable the cockpit door’s electronic keypad, the flight attendant could open the door by hand. This simple measure would have made the Germanwings tragedy impossible. This protocol is now being rushed into place.

Intellectually, we can understand that this problem does not exist in the United States. We can recognize that it is being fixed elsewhere. Emotionally, though, the unspeakable has happened. A pilot appears to have intentionally flown himself and 149 passengers to their deaths. Now that this has happened, how can any pilot be trusted? Pilots will be occupationally profiled. We will be viewed with suspicion.

We pilots have lost something that will take time to regain. But there is no need for increased anxiety if the flying public understands this cannot happen again. When we ponder an upcoming flight, it’s as if we open a file folder in our mind titled, “Awful Things That Could Happen To Me If I Fly.” How many crashes does the folder contain? When it comes to anxiety, the fewer the better. Each disaster we bring to mind triggers the release of stress hormones. The more stress hormones, the more anxiety. This crash does not belong in the folder. Once the two-person cockpit rule is fully implemented, a tragedy like this cannot happen again.

To avoid unnecessarily anxiety, reduce the amount of stress hormone released when you think of flying. Cull out the crashes in your file folder that are unrelated to your flying experience. The crash of an airline you first heard of when it crashed doesn’t belong in your folder. A crash in some part of the world where you never fly doesn’t belong in your folder. Nor do crashes of military or private planes.

In time, pilots will regain your confidence. It won’t require a public-relations campaign. Renewed confidence will come via the real thing, such as Captain Chesley Sullenberger’s “Miracle on the Hudson,” or Frontier Airlines Captain Gerhard Bradner’s ordering pizza for 157 passengers when facing a lengthy departure delay due to weather, or JetBlue Captain Scott Burke’s landing at LAX with a cocked nose gear.

Pilots really do deserve your trust. If you’re anxious about the pilots on your flight, ask the gate agent to let you board early. Once onboard, ask a flight attendant to check with the captain to see if you can visit the cockpit while passengers are boarding and say, “Hello.” A few moments face-to-face will tell you everything you need to know. 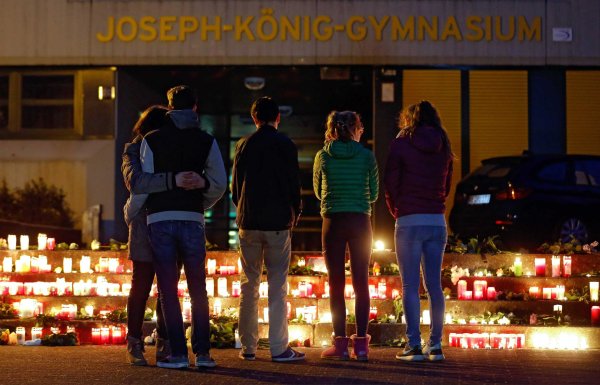 Former TSA Head: 'We Should Take the Germanwings Tragedy as a Warning'
Next Up: Editor's Pick