Sarah Kardonsky knows the way to a man’s heart is through his favorite football team.

Kardonsky made this promposal a reality by reaching out to over a dozen players from the team and asking them for help with a video. The Long Island senior told ABC News she heard back from Jets’ wide receiver Saalim Hakim within minutes, with eight more yeses rolling in shortly after.

Each of the participating footballers filmed a clip of themselves telling Pagano to go to prom with his friend. Kardonsky edited all the segments together into a 30-second video, which she added to the school’s morning announcements on Wednesday.

After the video played in Pagano’s health class, Kardonsky showed up dressed in a Jets jersey to get her answer, which was yes.

“I didn’t really have a lot of words to say,” Pagano told ABC News. “It’s amazing that someone can go out of their own way and make an impact on my life. It’s pretty special.”

Originally it was Pagano who asked Kardonsky to prom, but she was already planning to go with someone else. After talking to her date, Kardonsky decided to go with Pagano instead and use the opportunity to do something special for her friend.

“He really deserves it,” she told ABC7. “He’s such a great kid. Everyone loves Mike. … I’m just really happy that he’s happy.”

Pagano is hoping to keep the Jets theme going through prom by getting a green and white tux to wear to the dance. 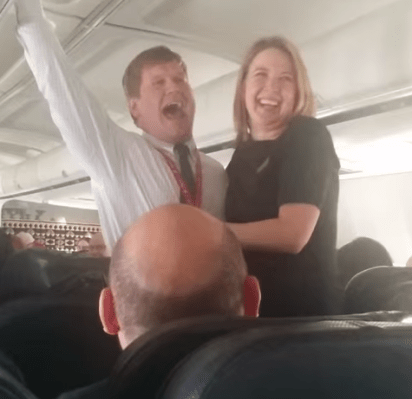 Watch a Pilot Propose to His Flight Attendant Girlfriend at 34,000 Feet
Next Up: Editor's Pick