I mean, look at that covered bridge.
Getty Images
Ideas
By Josh Sanburn

Indiana has elicited some serious hate thanks to the so-called religious freedom bill signed into law by Republican Gov. Mike Pence that allows businesses to deny service to same-sex couples. The hashtag #boycottindiana has been making the rounds on Twitter and been promoted by the likes of Star Trek’s George Takei, who asked his 1.6 million followers to boycott the heart of the Midwest.

On behalf of my home state, I would like to offer a defense. Not of the religious freedom bill, which I would never defend. But of the state itself, one with fine folks, fine sporting traditions and, well, a delicious pork tenderloin. 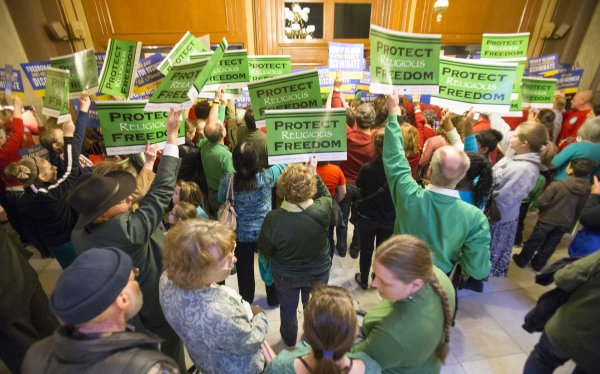