How To Keep 3D Printing Revolutionary

When toy company Hasbro was looking to launch its super fan store for lovers of My Little Pony (tag line: “Super Art for Super Fans”), they decided to do something different. They teamed up with 3D printing startup and marketplace Shapeways and had six designers put their spin on this revered childhood toy. While the commercial sector watched nervously to see if this was the start of brands-gone-wild, what transpired was clear: the 3D printing world took one step closer into the mainstream and one design closer to a major brand.

The result of this strange-bedfellows relationship, thus far, has been some interesting brand improvisation for My Little Pony. Take Can Can Pinkie, a modified version of Pinkie Pie pony designed by Nikita Krutov now available for sale on the Shapeways site. The figurine is dressed in fishnets and ready to can-can right into the history books as some of the first super fan art supported by the brand it’s altering.

Although the technology for 3D printing has existed for more than 30 years, it’s only recently become part of the popular consciousness — as companies like MakerBot and Pirate3D made national news first for creating low-cost 3D printers and then for blasting through their Kickstarter campaigns. And designers today are taking full advantage of these lower cost technologies to personalize or in some cases remix existing designs into something never before imagined. Now designers and remixers are prototyping and often making new iPhone cases, jewelry, ceramic vases, and toy cars that are going from concept to creation faster than ever before.

Among big companies, though, Hasbro is still virtually unique in its willingness to partner with Shapeways. Most brand managers — the people whose job it is to keep you aware that an iPhone is an iPhone and that M&Ms are M&Ms — still do not want fans altering their product. It’s marketing 101 that control of a brand is the best way to ensure its success.

Altering that basic business tenet is an uphill battle but Hasbro’s willingness to experiment could be the beginning of a hopeful trend that builds bridges to fans through the use of technology, and that allows the 3D printing industry to blossom.

There are a small number of successful partnerships taking place, even without a template for how to make them work. Take, for example, one artist using Shapeways to do a brisk business selling replicas of famous racetracks as key chains. When the executives at Nuerburgring, one of the most iconic racetracks in the world, saw his design of their track, they initially contacted him to ask him to stop selling the design. After talking, the designer negotiated a license with Nuerburgring, to produce the racetracks as official merchandise.

So what makes 3D printing so appealing for designers looking to create variations on an already-established theme, whether it’s My Little Ponies or personalized iPad cases? Some of it has to do with how the technology works. 3D printing takes a 3D design (either from a computer file or from a scan of the object) and makes the finished object by creating successive layers of material until the entire object is fashioned. The printed object emerges from a powder, fully formed, with moving parts intact. Check out YouTube for a range of videos that allow you to see the process in action.

And more of the excitement stems not just from what you can do with a 3D printer, but how fast its technologies are moving to make even more possible. 3D printing jumped to the next level last week when Carbon 3D Inc. released a new technology that prints solid objects from a liquid basin. While liquid printing technology is in its infancy, it only amplifies the reality that 3D printing is going full steam ahead, with potential applications in a huge range of retail, manufacturing, and medical fields.

So where is this technology headed? Straight to Imaginationville. 3D printing allows us to imagine a future where our children will be able to learn about their neighborhoods and then actually print a 3D model of their neighborhood. They may even be able to create something that embodies the changes they imagine would improve where they live. It’s given us a world where fan art, instead of being relegated to the back of notebooks, can be made into real figures.

Part of the reason that 3D printing is so captivating is that it can be applied to such a vast array of products, concepts, and problems. Right now you can 3D print human tissue, fighter jet parts, concept cars, and your very own likeness. Scientists even see printing complete human organs in the not-too-distant future.

With such potential on the horizon, it’s no wonder that people can’t stop talking about the future of 3D printing. At a session on 3D printing that the Copia Institute hosted this month, a cluster of tech lawyers, advocates, and developers sat around a table at the Tech Museum of Innovation in Sane Jose, California brainstorming ways to fast-forward the 3D printing industry through the tumult the music industry faced in the ‘90s when it was rocked by online music sharing. That tortured pathway involved three steps: music labels suing people for pirating, trying unsuccessfully to implement digital rights management, and finally a move to the current system of allowing consumers to buy only the music they want. (When was the last time it occurred to you that you had to buy a whole album?)

As Natalia Krasnodebska, Shapeways’ community manager put it at the Copia Institute roundtable, many in 3D printing want the industry to skip straight to the third step, eliminating years of fitfully struggling to find the right way to get products to consumers who want them and making money doing it.

With seemingly limitless possibility, however, comes the concern about how to keep the technology viable as it advances so quickly.

3D printing is dramatically reducing the cost of prototyping, which in turn is reducing manufacturing costs. It’s helping everyone from big business to doctors designing prosthetic limbs work faster and work cheaper. For that reason, not to mention the creativity it’s unleashed in the average Joe, 3D printing is worth keeping viable.

Here are a few ways we can make that happen:

The Hasbro/Shapeways partnership is a model that more companies and designers should use, but it’s only a starting place. Generating models that companies can use and test will let us continue to expand on creative uses for 3D printing.

Megan E. Garcia is a Senior Fellow and Director of Growth, California, at New America. This piece was originally published in New America’s digital magazine, The Weekly Wonk. Sign up to get it delivered to your inbox each Thursday here, and follow @New America on Twitter. 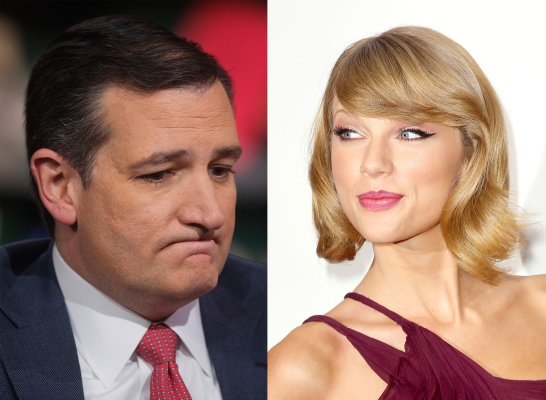 3 Things Ted Cruz Could Learn From Taylor Swift
Next Up: Editor's Pick