A woman in Western Australia was denied bail on Wednesday after being charged with assaulting a police officer — with her breast milk.

Erica Leeder, 26, was being strip-searched on Tuesday after being arrested on an unspecified charge when the incident occurred, the West Australian newspaper reported.

Leeder was naked from the waist up when she allegedly grabbed her own breast and squirted milk onto the face, arms and clothes of the female officer patting her down.

The Western Australia Police Union said Tuesday’s incident was being billed as an assault because of the possibility of disease transfer through breast milk.

Leeder, who has a previous conviction of assault against a police officer, will remain in custody until next Tuesday and has been ordered to undergo a mental-health examination. 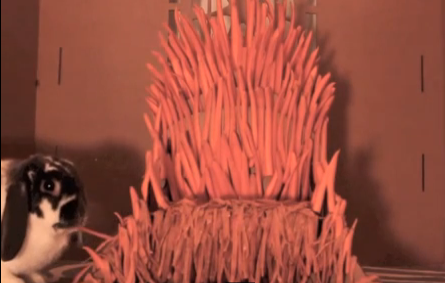 Watch a Guy Build an Iron Throne Out of Carrots for His Pet Rabbit
Next Up: Editor's Pick