Former NTSB Chairman: 'We Need Cameras in the Cockpit'

A helicopter flies overhead as rescue workers work at the crash site of Germanwings passenger plane near Seyne-les-Alpes, France, on March 26, 2015.
Laurent Cipriani–AP
Ideas
By Jim Hall
Jim Hall is a former chairman of the National Transportation Safety Board.

The tragic crash of Germanwings Flight 9525 has left the world in mourning. The 150 victims hailed from 18 different countries, including the United States. Right now, the families of the deceased and those investigating the accident are urgently trying to figure out what went wrong. One portion of the crucial black boxes, the cockpit voice recorder, though badly damaged, has been recovered and apparently reveals that the co-pilot was responsible for intentionally crashing the aircraft.

Due to the rugged and inaccessible terrain of the crash site and the high speed of impact, investigators are having a difficult time finding the flight data recorder. Unlike crashes over water, when an aircraft crashes over land, the pingers attached to the black box do not assist in locating the device. These black boxes will have to be recovered by rummaging through the wreckage on site.

When investigators do find the flight data recorder, essential details of Germanwings 9525 descent will be available, and a full picture of the crash will be drawn. But because this appears to be an intentional act, we will never truly understand the motive of the co-pilot. There is no black box for the mind.

During my time as chairman of the National Transportation Safety Board, I led multiple investigations into commercial airliners being intentionally flown into the ground. This history of pilots committing suicide by crashing their planes dates back to the Japanese kamikaze pilots in World War II and continues to this day with the crashes of Mozambique Airlines Flight 470 in 2013, EgyptAir Flight 990 in 1999, and SilkAir Flight 185 in 1997. While checking on the emotional state of pilots is imperfect, it does occur. Pilots are screened during the hiring process: The Transportation Security Administration checks applicants’ backgrounds against terror watch-lists. Pilots are asked to disclose suicide attempts or any other psychological problems during their Federal Aviation Administration-mandated yearly physical exams. The FAA also asks doctors to form a general impression of the pilots’ emotional states. But it can be difficult to diagnose and identify emotional problems, especially if a pilot is not forthcoming.

There are two simple solutions to the problem of unstable pilots. The first is a recommendation made by the NTSB 15 years ago and renewed in January: Require cameras in the cockpit. Currently, the cockpit voice recorder allows investigators to listen to the cockpit. But without video, they cannot fully understand the actions of the pilots or make safety enhancements to prevent similar events from occurring in the future.

The second solution is to require at least two crew members in the cockpit at all times. During the crashes of the Mozambique Airlines, EgyptAir, and SilkAir flight, co-pilots compromised the aircraft while their partners left the cockpit, deliberately crashing the aircrafts and leaving hundreds dead. We still do not know what happened to Malaysia Airlines Flight 370, and an intentional crash is possible in that case, as well. In the U.S., standard policy is that a flight attendant enters the cockpit if a pilot steps out. If two members of the flight crew were present in the cockpit, it is possible these tragedies, as well as Germanwings Flight 9525, could have been prevented.

Flying is an extraordinarily safe form of transportation. The United States government and the aviation community have done an extraordinary job of ensuring the safety of the flying public. But the safety of flying is constantly evolving and can always be improved. The Germanwings tragedy manifests a loophole in safety procedures and must be rectified by requiring cameras and two members of the flight crew in the cockpit. 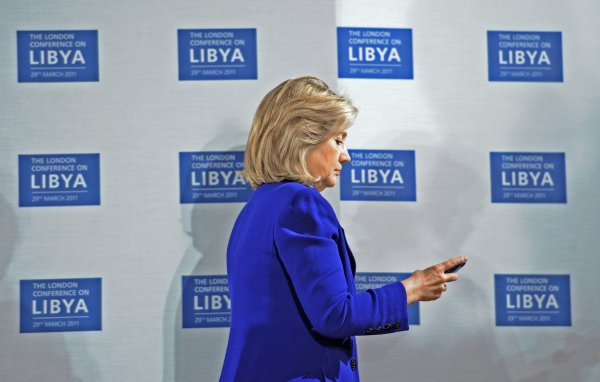