In this undated image provided by the U.S. Army, Sgt. Bowe Bergdahl poses in front of an American flag.
U.S. Army—Getty Images
Ideas
By Saxby Chambliss
Saxby Chambliss is a former U.S. senator from Georgia and former vice chairman of the Senate Select Committee on Intelligence.

On Wednesday, the U.S. military formally charged Army Sgt. Bowe Bergdahl with one count each of desertion and misbehavior before the enemy in violation of Articles 85 and 99 of the Uniform Code of Military Justice. I am confident that Bergdahl will receive a fair trial on these charges, and that justice will be served.

While I was pleased that Bergdahl was able to return home to the United States last year after five long years in captivity, his release came at a very high cost. In order to negotiate this release, the Obama Administration bypassed Congress and released five senior Taliban leaders in exchange for Bergdahl. The United States has a long-standing policy of not negotiating with terrorists, and I remain deeply troubled that the Obama Administration not only broke with this policy, but also did so without the notification or consent of Congress, as required by the National Defense Authorization Act for Fiscal Year 2014 and the Intelligence Authorization Act for Fiscal Year 2012. During my service as the vice chairman of the U.S. Senate Select Committee on Intelligence during the last Congress, I was assured by the administration that any release of detainees from Guantanamo Bay would be done in accordance with the law and after consultation with Congress. Those commitments and the law were clearly violated by the release of these five members of the Taliban.

Moreover, it is important to remember that these five Taliban leaders, who were released to Qatar, will be permitted to leave Qatar and return to the Taliban in June of this year. These men are dangerous terrorists, whose actions have in some cases killed hundreds, if not thousands of people, including Americans. That is why I made a written request last year that President Barack Obama declassify the 2009 Guantanamo Review Task Force assessments on each of these terrorists so the American people could see for themselves the danger posed by their release. Unfortunately, I never received a response to my request. Those of us who have seen the respective assessments know and understand the danger to Americans posed by the deal struck by the administration in the dark of the night. Time will tell, however, exactly how the safety and security of our nation, as well as those serving our country in the armed forces, will be affected by President Obama’s reckless decision to release these five senior Taliban terrorists. I am not optimistic about the outcome.

Read next: A Prisoner Exchange Revisited 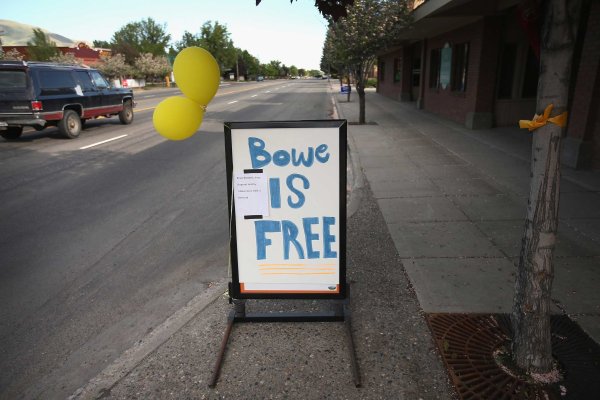 Bringing Bergdahl Home Was the Right Choice—Deserter or Not
Next Up: Editor's Pick