Germanwings Plane Crash: We Could Be Doing Much More To Prevent Pilot Suicide

Ideas
By Robert Goyer
Robert Goyer is the editor-in-chief of Flying magazine.

We pilots are passionate about our most important duty: to deliver our precious cargo safely home to their loved ones. That a pilot would instead use the airplane he is flying as a weapon of mass murder defies understanding. Sadly, though, this is not the first time it has happened.

After the terrorist attacks of 9/11, regulators in the United States quickly mandated more secure cockpits. At the time I was critical of the move for one reason only: I feared that it would allow pilots to more easily take over flights and use the airplane to kill all aboard, as famously happened with EgyptAir Flight 990 from New York to Cairo in 1999.

In the last two decades, there have been a handful of airliner catastrophes that are known or suspected to be the result of pilot suicide. Just last year there was a close call. On Feb. 17, 2014, an Ethiopian Airlines copilot, Hailemedhin Abera Tegegn, locked the pilot out of the cockpit after he went to use the restroom — just as apparently happened on Germanwings 9525. The copilot in the Ethiopian Airlines incident kept flying the airplane. It had been on its way from Ethiopia’s capital, Addis Ababa, to Rome. The copilot eventually made a safe landing in Geneva (though the 767 was very low on fuel by then), asking for political asylum. All 202 people aboard, the co-pilot included, survived the terrifying ordeal. Tegegn was convicted in absentia just last week by the high court in Addis Ababa for hijacking his own plane.

Secure cockpit doors are here to stay. And since 9/11, there has not been a known successful breach of the cockpit of an airliner. Now that we have the terrorists at bay, we need to figure out how to prevent rogue pilots from taking over airliners.

One tactic that overseas airlines can employ beginning right now, which would bring them into line with U.S. practices, is to require two crewmembers to be in the cockpit at all times — which usually means a flight attendant entering the cockpit when a pilot uses the restroom. Norwegian Air Shuttle, easyJet, Air Canada, and Air Transat today announced such policies. It won’t be the sure answer to the hazard of a rogue pilot, but it’s a great start.

Another measure would be instituting psychological screening of pilots to try to find ones with sociopathic tendencies. It might not always work. Sometimes the first sign of mental illness is the last violent act of the perpetrator. But better that we at least try.

Lastly, we could encourage the development of flight computer systems that would prevent a pilot from doing something that made no sense, like programming a descent that would take the airplane into the side of a mountain. Modern flight decks have access to worldwide terrain databases. Even the small four-seat airplane I fly has one.

Can we lock a pilot out of the ability to do damage to an airplane? Probably not entirely, but we can go a long way toward that goal. It would cost money — but it would go a long way toward ending these horrifying mass killings by airliner. The warning airline executives and aviation regulators got from Ethiopian Airlines Flight 702 went unheeded. Hopefully the tragedy of Germanwings 9525 will get the message across that we need to act and act now.

Read next: Why We May Never Be Certain the Germanwings Crash Was Deliberate 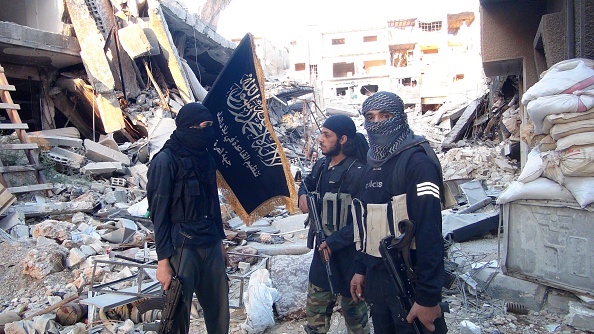 Five Best Ideas of the Day: March 26
Next Up: Editor's Pick