These States Have the Most Jobs For College Grads

New college grads looking for work online have the best shot at getting jobs in Massachusetts and Delaware, a new study finds.

Since as many as 90% of jobs that require a bachelor’s degree or higher are advertised online, Georgetown University’s Center on Education and the Workforce took a comprehensive look at online job listings around the country to figure out where the jobs are, along with what types of jobs they are.

As might be expected, large states with big populations — notably, California, Texas, and New York — have the most online job ads, but this doesn’t tell the whole story. Georgetown did a deeper dive into the data to see which states have the most online job ads relative to the number of working, college-educated residents, providing a more accurate measure of the labor market for bachelor’s degree-holders in each state. “Strong job growth doesn’t necessarily translate into good job prospects [because] job growth also tends to bring increased competition,” the report points out.

When the numbers are crunched in a way that takes into account the number of workers, a clearer picture of job opportunities emerges: Massachusetts, Delaware, Washington state, Colorado and Alaska have the highest number of ads seeking candidates with bachelor’s degrees or higher per worker, respectively. Higher still is the nation’s capital: Washington, D.C. has three times the national average of online job ads relative to workers with college degrees. “The college-educated job seeker who is willing to move to a state with a high concentration of job ads per worker has a greater likelihood of landing a job than remaining in or moving to states with fewer job ads per worker,” the report says.

West Virginia residents with college degrees, in particular, might want to think about relocating: This state has the weakest online job market, followed by (respectively) Rhode Island, South Carolina, Mississippi and Hawaii. The good news is that the states with markets higher than the national average are geographically disparate, with most regions represented.

When it comes to the kinds of jobs employers looking for college grads are trying hardest to fill, the story is the same as it’s been since the recovery in the labor market began. “We found that two large occupational clusters – managerial and professional office and science, technology, engineering, and mathematics (STEM) – dominate the online college labor market, accounting for three out of every five online job ads,” the report says. Employers in the industries of consulting, business, financial and healthcare services are responsible for more than half of all the online job postings seeking college-educated candidates, while STEM jobs have more than three available job postings for every worker, more than twice as many as any other field. The states that saw the biggest growth in STEM jobs between 2010 and 2013 are Wyoming, Missouri and Wisconsin, and relative to the number of college-educated workers, Georgetown says Delaware, Massachusetts, and New York offer the best job prospects for college grads with STEM degrees. 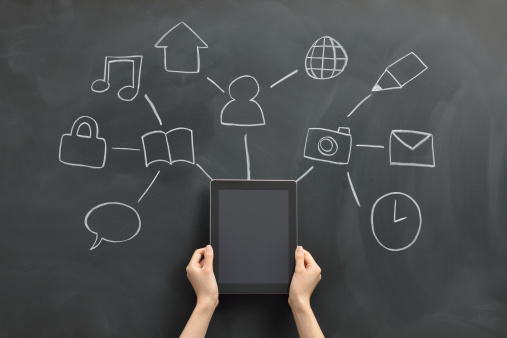 5 Tips to Increase Clicks and Shares on Your Social Media Posts
Next Up: Editor's Pick