Jason Isbell: 'Jon Hamm Should Be Proud of Himself'

Many people were surprised to learn that Jon Hamm recently completed a rehabilitation program for alcohol abuse. It certainly seemed like Hamm had everything going for him, having finished filming the final episodes of Mad Men, a successful and popular show by anyone’s standards. A little over three years ago, I checked into a similar facility. When I first went in, after detoxing in a nearby hospital, I felt ashamed. I felt that I’d let down my family, my band, my business associates and my girlfriend. I thought I should’ve been able to keep working, to quit drinking on my own. I was afraid I’d be recognized by counselors or patients. Sure enough, on my first day of rehab I met a counselor who’d drank with me after a show years before. He remembered but I did not. Either that was the only time I was recognized, or nobody else cared enough to mention it. I may have overestimated my level of celebrity.

They woke me up every day at daybreak. I would make my bed, attend the morning meeting, take valium to soothe the delirium tremens and talk about my feelings all day to different groups of men who were in similar situations. Some were addicted to hard drugs, usually opiates. My first roommate in rehab, an opiate addict who used needles, said he was grateful to be a junkie rather than a drunk. “You don’t see ads for heroin in magazines or billboards with beautiful girls holding needles. You can’t buy junk in every corner bar. Drunks have a hard time,” he told me.

I bet every single person in rehab with Jon Hamm knew he was a famous actor. I’d wager that eighty percent of them knew he was the star of Mad Men. Chances are at least one of them called him Don. I’m sure Hamm’s rehab facility was a nice one. He probably ate good food and slept on a good bed. But you don’t notice these things, really. Your mind is occupied with the fear of change. How will I relax without a drink? Will I still be a creative person? Will I still be funny? Will people like me? Will my life be worth living?

Those fears turned out be nothing more than excuses to keep drinking, but sitting there without a hangover, listening to tough grown men talk openly about their fears, it was obvious that the future would likely be much better than the past. It also occurred to me that I shouldn’t be ashamed of seeking help from my girlfriend (who is now my wife), my manager and my family. I shouldn’t be ashamed of getting off the merry-go-round for long enough to get myself in working order. Rather, I should have been ashamed every time I’d ordered a drink in all the previous days since I had realized I couldn’t stop. Jon Hamm should be proud of himself. He’s taken the first step, which might be the hardest.

Jason Isbell is a singer-songwriter whose next album, Something More Than Free, comes out in July.

Read next: Jon Hamm Breaks Silence on Rehab: ‘Life Throws a Lot at You Sometimes’ 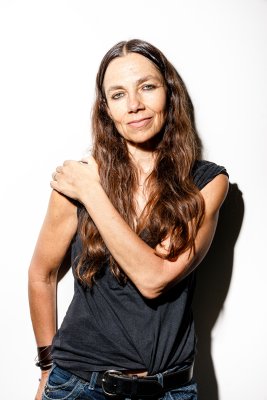