Why We May Never Be Certain the Germanwings Crash Was Deliberate

As investigators continue to search for clues about the crash of Germanwings Flight 9525, a new theory has emerged: a French prosecutor said on Thursday that the flight’s co-pilot brought the plane down on purpose.

Black box recordings suggest that when the pilot left the cockpit, the co-pilot locked the door and deliberately flew the plane into the mountain, not responding to the pilot’s pounding on the door or, in fact, saying a single word during the descent.

The shocking revelation may remind observers of another crash, when on Oct. 31, 1999, Egyptair Flight 990 went down on its way from New York City to Cairo. When the black box from that flight was retrieved, this, as per TIME’s recounting, was what was heard:

In that case, despite the recording and other evidence that the pilot did not try to avert the crash, the suicide-by-crash theory still, over 15 years later, remains unproven. The National Transportation Safety Board took the hypothesis seriously from the beginning but, TIME reported, those on the Egyptian side of the investigation denied that it was a possibility.

Responding to those who interpreted the pilot’s actions as a murderous, terroristic act, many in Egypt and its allies saw a cultural presumption in the idea that a prayer in Arabic — which could also be an expression of surprise or concern — could indicate a link to terrorism. And to those who saw it as an act of personal desperation, many Egyptians said that was also an insult, given the extreme shame associated with suicide in their culture.

The pilot’s family rushed to provide evidence that the pilot, Gamil El Batouty, was a happy man with no reason to crash a plane on purpose, and officials questioned whether his recorded prayer would be interpreted in such a sinister fashion if the speaker had been Christian. For months, even as the NTSB stuck by the suicide theory, Egypt continued to press the case for alternate possibilities.

Egyptair Flight 990 and Germanwings Flight 9525 are not exactly the same situation, but they do share a few key elements. In both cases, black box recordings suggest that the person flying the plane caused and/or failed to stop the descent, and in both cases the actual wreckage will be hard to retrieve, meaning that a full review of the plane’s mechanical systems may prove impossible. But in both cases, at least so far, there is also a lack of the kind of evidence that often speaks for suicides after the fact: no note, no explicit evidence of anguish.

The lesson of the Egyptair crash, then, is that the chance is high that Germanwings investigators will never be able to say for sure what happened. The only person who could answer their questions with confidence can no longer do so. 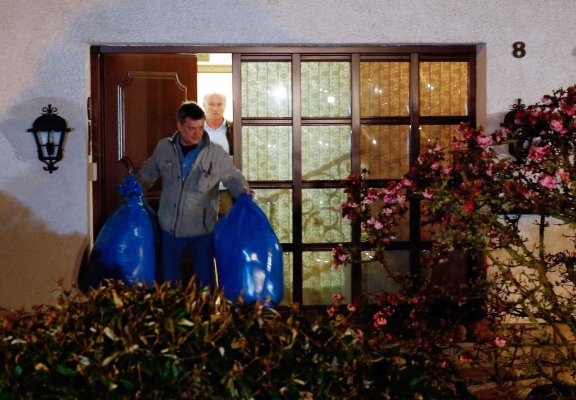 Co-Pilot Is Focus in Alps Crash
Next Up: Editor's Pick