A new federal ad campaign against smoking features e-cigarettes for the first time.

The U.S. Centers for Disease Control and Prevention (CDC) released its latest ad in its ongoing “Tips From Former Smokers” campaign. The campaign features real Americans who have experienced serious health or social consequences from smoking. Often the ads are explicit. On March 30, the first ad about e-cigarettes, as opposed to traditional tobacco, will air.

The ad features a 35-year-old woman named Kristy who picked up e-cigarettes as a way to quit smoking. She ended up using both products. Eventually she had a collapsed lung and was diagnosed with lung disease. She’s a married mother of three who works as a truck driver.

“Nationally, about 3 in 4 adult e-cigarette users also smoke cigarettes,” the CDC says in a statement. “If you only cut down the number of cigarettes you smoke by adding another tobacco product, like e-cigarettes, you still face serious health risks.”

Other ads focus on side effects like vision loss and colorectal cancer.

In 2014, the CDC says the national quit line received 80% more calls when the ads were on the air, and since 2012 the ads have generated more than 500,000 additional calls. The ads will run for 20 weeks on TV, radio, online, billboards, in theaters and in magazines and newspapers. Kristy’s ads will be on the radio and in print.

The ads encourage smokers to call 1-800-QUIT-NOW or visit www.cdc.gov/tips.

Read next: These 4D Ultrasound Photos Show How Fetuses Respond to Their Mothers’ Smoking 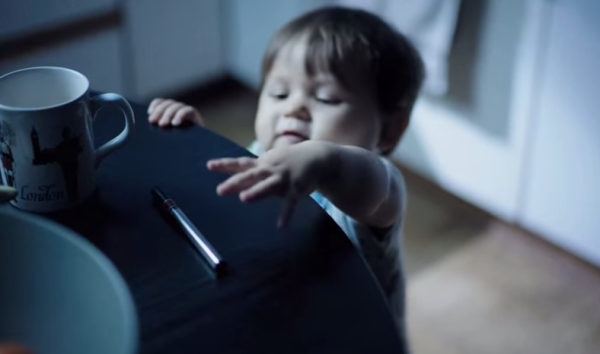